Next on The Scoop: Here's How to Fight Cancer: Watch Some Cute Cat Videos
In the News

Is a Cat Cinema the Next Step After the Cat Café?

A couple in England wants to join cineastes and cat lovers in a setting called Great Kitten.

After lots of media flurry about the rise of the cat café, it looks like we may be ready to take the next step into public spaces for cats and the people who love them: Cat movie theaters. That, at least, is the hope of two enterprising Brits who have launched a crowdfunding campaign to create the world’s first “cat cinema.” 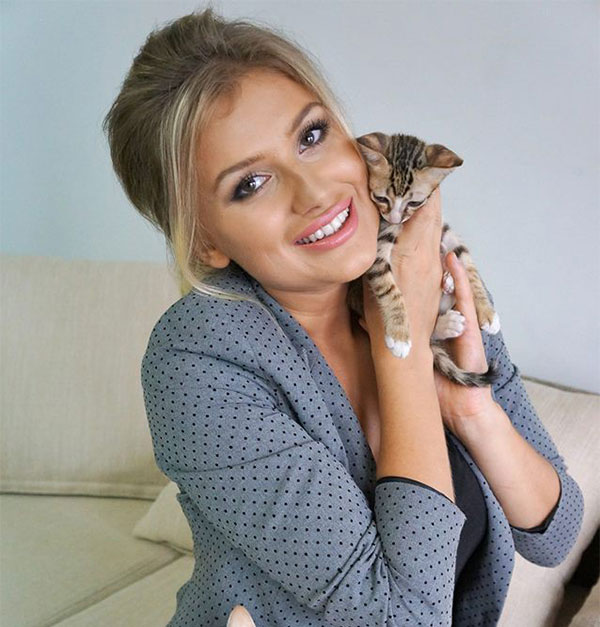 Movie theaters are already struggling, so it might not be so bad to spice up the experience with a little bit of feline company. Great Kitten, as the theater would be called, is the brainchild of la Siedlecka and William Piper.

“An idea for a Cat Cinema was actually born during our trip to Japan where we had a chance to visit a few famous cat cafes and immediately fell in love with the whole concept,” Siedlecka told The Telegraph. “The increasing popularity of cat cafes around Europe got us thinking. We saw the opportunity to innovate and create an even more unique idea.”

What Siedlecka and Piper are proposing sounds a little bit more like a cat café with videos than a full-blown movie theater. They describe their vision on their crowdfunding page:

In our cafe we’ll serve hot and cold drinks (tea, coffee, hot chocolate, lattes, juices, soft drinks and more), light snacks, and sandwiches inspired by our rustic theme [as well as] a wide selection of cakes, slices, scones, and pastries. We’ll make sure that patrons who require vegan, vegetarian, and gluten-free food will be more than catered for.

We envision a rustic style log-cabin atmosphere — a crackling fireplace, exposed stone walls, wooden beams on the ceilings, and comfy sink-in sofas. We want our guests to come in, sit comfortably, and relax with a drink, a cat, and a movie — all in a homely, cozy, wood log cabin environment.

In addition, they see it as a form of health activism. One day a week would be set aside for animal therapy for people who have mental health problems and physical disabilities. On the crowdfunding page and in interviews, the pair emphasizes the health benefits of cuddling with cats.

“Interaction with cats has been proven to help children with learning difficulties, such as autism and ADHD, learn to share and make bonds,” Siedlecka told The Telegraph. “It’s also beneficial for people with depression and anxiety as it increases the production of serotonin in the brain and decreases the cortisol level.” 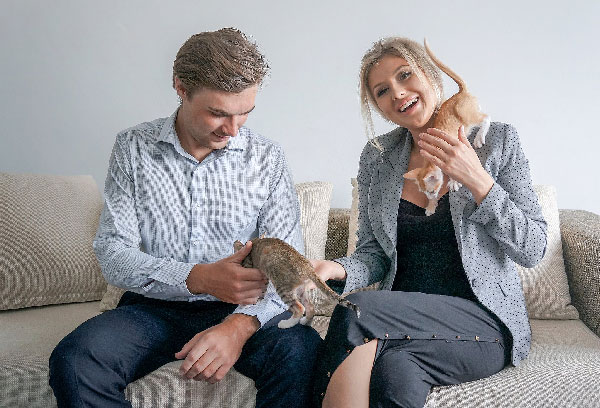 All that is true to an extent, but as someone who loves cats and has had depression for a good 30 years or so, I wouldn’t want to overemphasize the curative power of cats. No matter how much you cuddle up with a feline, you should still be checking in with a mental health professional and possibly using medications.

That aside, the couple sounds sincere and passionate about their project. Whether they can pull it off remains to be seen. What do you think? Do you want movies with your tea and kitty? If so, what movies do you think they should put on the list? (I’m betting that Cujo won’t be one of the first films to be shown — maybe something more like St. Vincent.)

Posted in In The News, Cat Cafes, Catster International,