Next on The Scoop: How I Nearly Became a Full-On Cat Hoarder
Pix We Love

Pet pages once were banned, but these kitties help spread worthy messages across the social network.

I remember researching “pet social networks” and finding an article about Facebook deleting people’s accounts for their pets. In retrospect, that seems really silly, because cat Facebook pages have proved to be one of the social network’s most successful aspects. We’d be nothing without our dedicated Facebook fans — so thank you for following us!

Facebook has become a lot more sophisticated since my days in college, when tagging photos of people wasn’t even an option, and now allows one small cat with a big message to be heard by thousands of fans, creating real change in the universe. We’d like to highlight some of our favorite felines on Facebook. 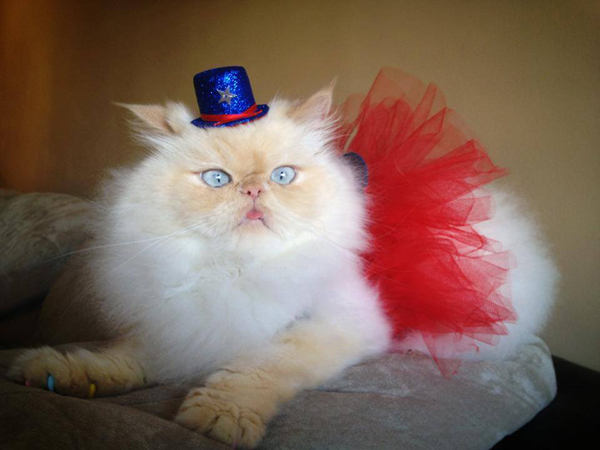 Okay, fur to be serious, if we didn’t include Luna in this list, we wouldn’t hear the end of it! That’s because the pretty Persian is absolutely outspoken — in her own dialect and everything. With her own room dedicated to housing her endless supply of outfits and gifts from her fans, you’d think Luna might be selfish. But she’s not! This little mommy not only critiques red carpet looks, but the horrors of irresponsible breeding and overpopulation as well. Check out Luna’s fabulous feline fashions on Facebook here. 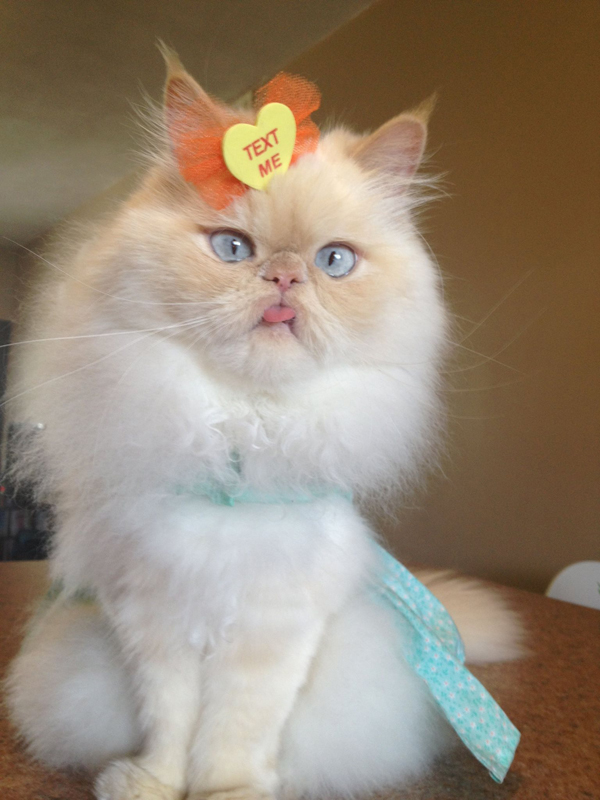 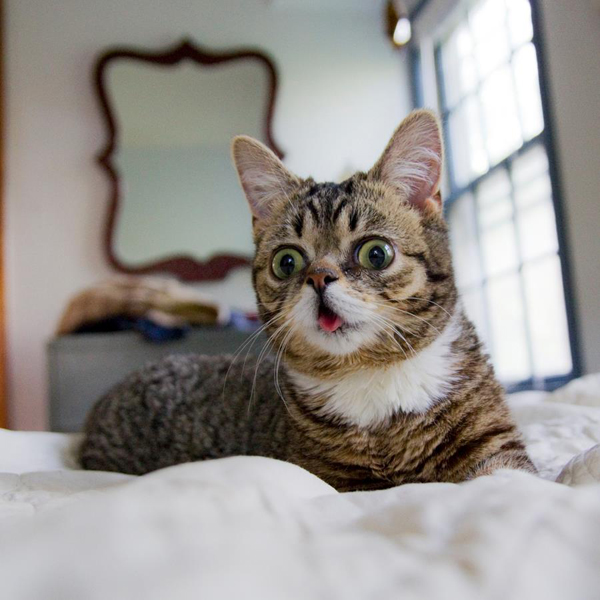 Ah, Lil Bub. My fondness for the perma-kitten from outer space is no secret — when I think of the rapturous joy I would feel upon embracing her, my eyes tear up. And that’s exactly why I think she’s a cat to follow on Facebook. As soon as her photo hit the Internet, her curiously cute countenance took over, propelling the toothless wonder to stardom. She was the runt of her litter, and her extraordinary features are exactly what makes her life so short and so precious. However, as her documentary points out, she helped turned her Dude’s life around, and portions of the proceeds from the sale of her merchandise go to help other animals in need. Follow Lil Bub on Facebook here. 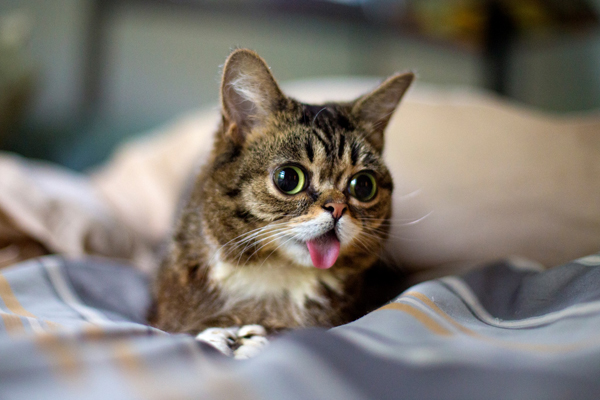 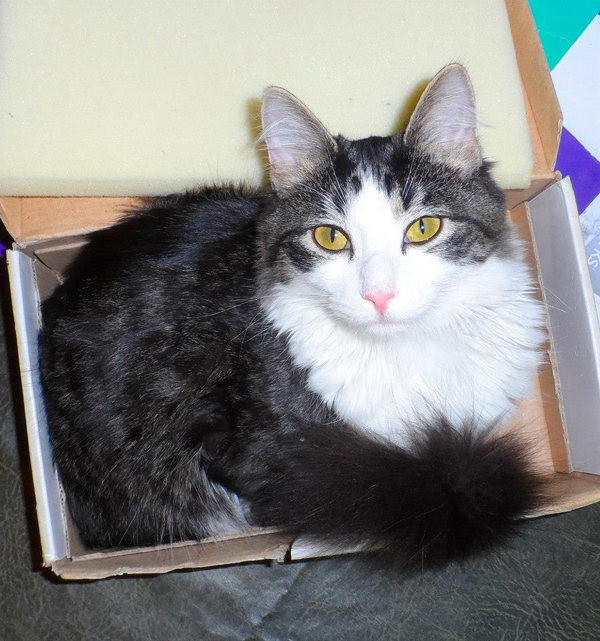 We’ve been following Anakin since he was a tiny kitten and we’ve had the pleasure of watching him grow up, against all odds. His human friend noticed Anakin amid a litter of parking lot kitties and realized that there was something different about him. Amazingly, despite having only two legs, Anakin proved difficult to catch, and when his human friend finally caught him, she took him to the vet to realize that not only is Anakin missing his hind legs, he’s missing his pelvis as well. Despite a series of health scares, Anakin is thriving, and a percentage of the profits from the sale of his merchandise goes to the locale Humane Society. Keep track of Anakin’s progress here. 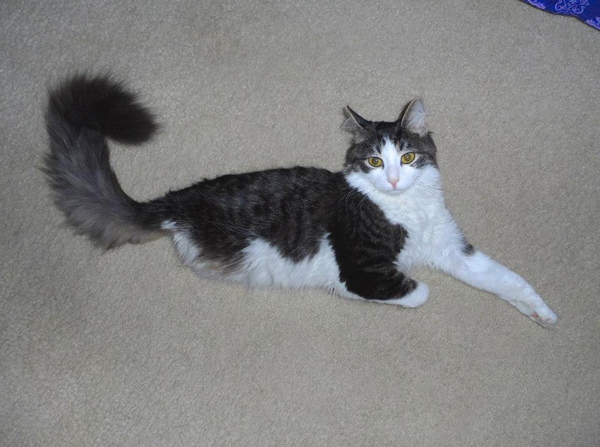 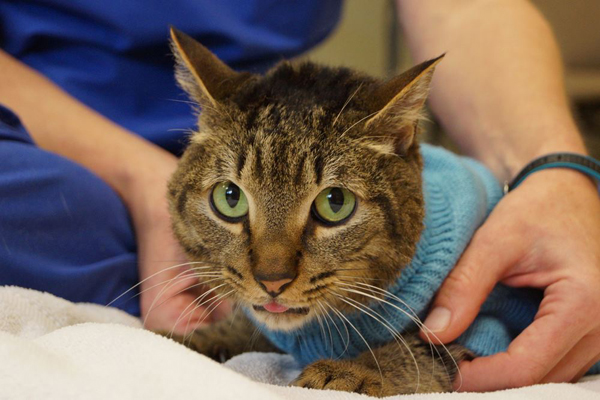 Moki’s story starts as many cats’ stories start — he was born a feral who then found his way into a no-kill cat-only shelter, and was taken home to a foster for socialization. And, like many fosters, that home became his forever home. And that’s where Moki’s story diverges from the usual narrative: Moki fell terribly ill with a virus. While he was able to beat the virus, he was left with severe neurological damage, and vets said he would never be able to move on his own again. But Moki changed the story once again — with a great deal of work, Moki regained his motor abilities, although not to the same degree as before. Now Moki advocates for special needs animals and various forms of complimentary and alternative veterinary medicine. See what’s going on with Moki here. 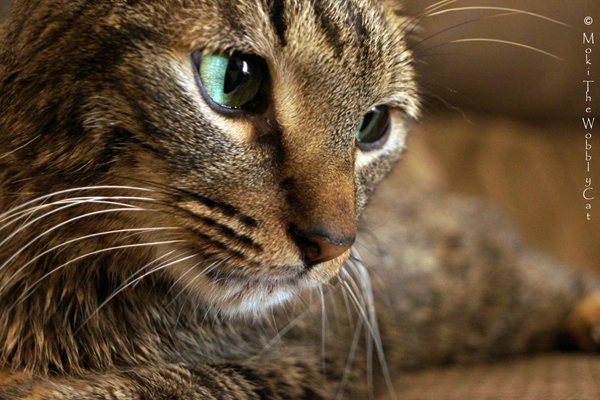 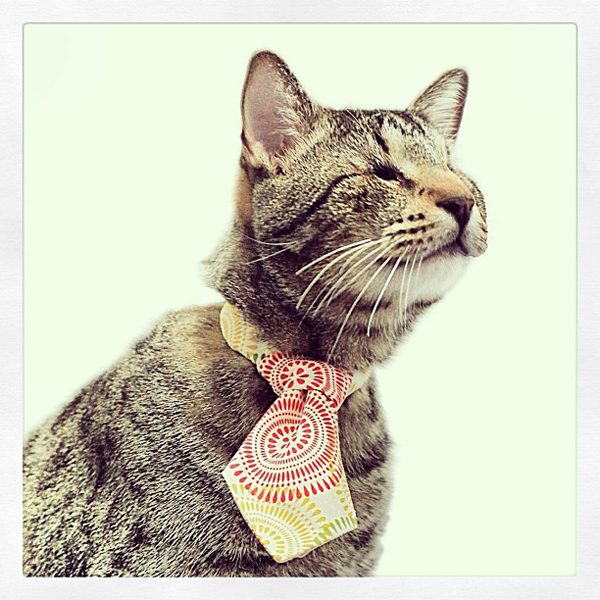 Oskar the cat was born with a severe case of microphthalmia, meaning that due to genetic factors, his eyes never full developed. But Oskar has proved that you don’t need sight in order to be successful. He is otherwise happy and healthy, and this once-outdoor street cat is now living the good, spoiled life. His videos on YouTube have garnered him thousands of views, as well as appearances on CNN and Ellen … but his crowning video achievement was winning the 2012 Friskies Grand Prize. Fortunately, despite all his success, Oskar keeps it cool — his Facebook page features other special needs cats who are looking for homes. Oskar and his pal Klaus share portions of the sale of their cat toys and treats with three different organizations in their home state of Nebraska. Follow Oskar’s Facebook page here. 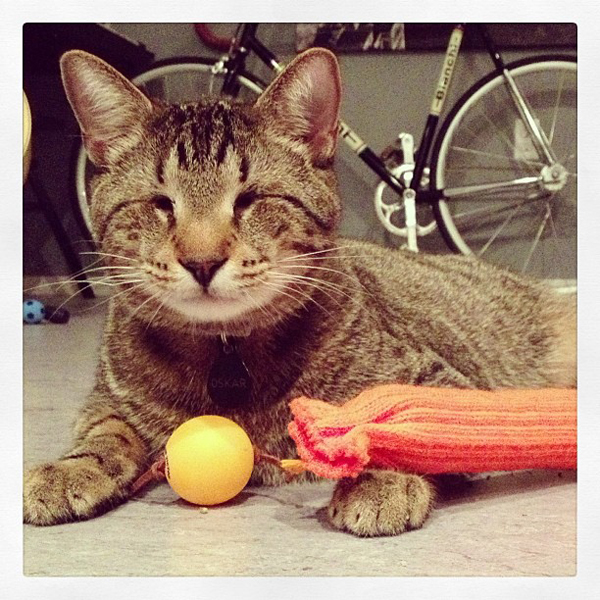 Who are some of your favorite cats on Facebook? Let us know in the comments below!

Posted in Pix We Love, Cats Own The Internet,