Next on The Scoop: We Chat With Janel Foo, a Creator of Artsy Cat Mirrors
Catster Exclusive

Mittens' doggy brother crossed the Rainbow Bridge, but he left us with sweet memories and laughter. We'll miss you, filthy hound.

If you’re one of the Mitty lovers who reads the daily posts on the Mittens site, Facebook or various other social media outlets, you probably know we recently announced that sweet Phil has crossed the Rainbow Bridge. Mittens’ love-hate relationship with his “filthy hound” brother has been the subject of many text conversations over the years, mostly detailing Mitty’s frustration with all things dog. But we know the truth — Mittens secretly loves Phil, even though he claims all Mittens-Phil snuggles are “purely accidental.”

Because Texts from Mittens originated here on Catster.com, it feels appropriate to honor him here. Over the past several days, we’ve grieved and shed tears together (see tribute here), but now it’s time to look back at some of the best Phil and Mitty moments (some from Catster and some from the Mittens site) and enjoy a few giggles. Please join us in celebrating the life of our favorite “filthy hound.” 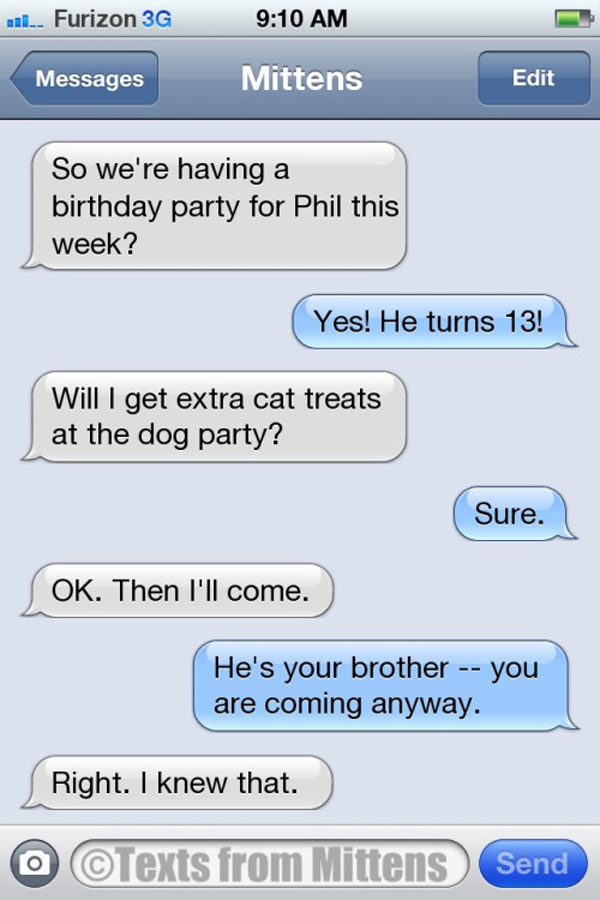 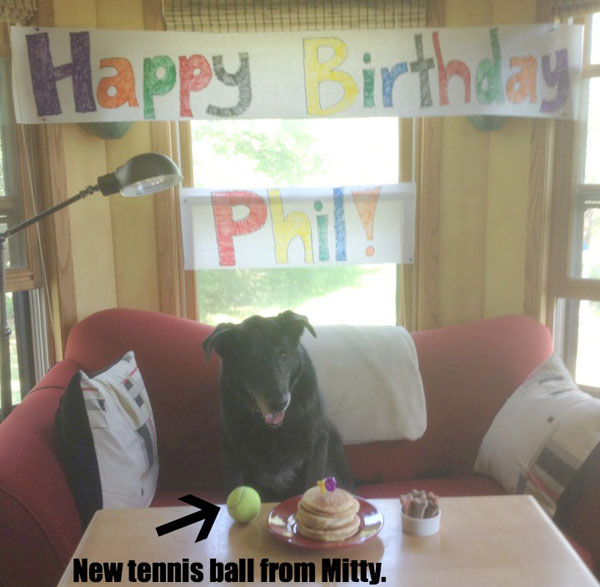 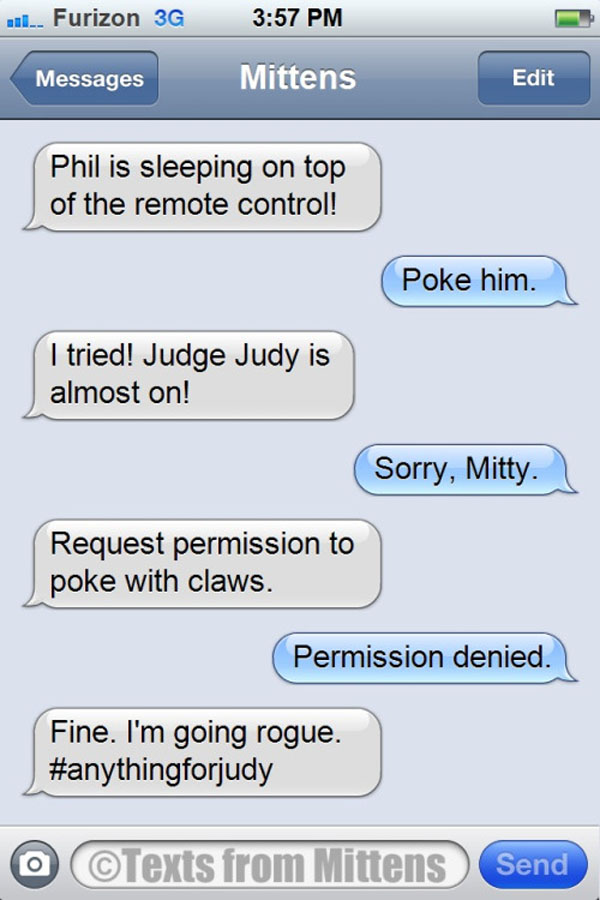 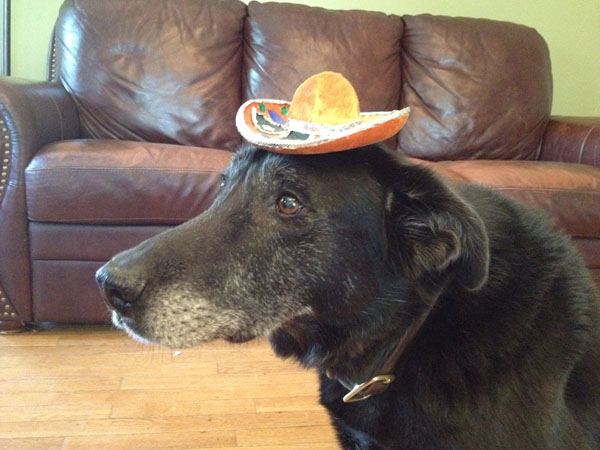 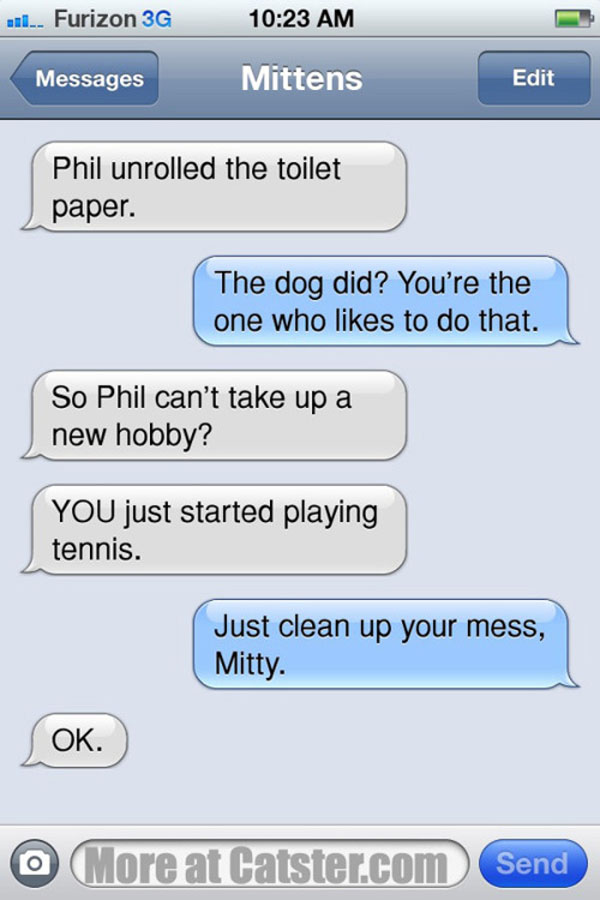 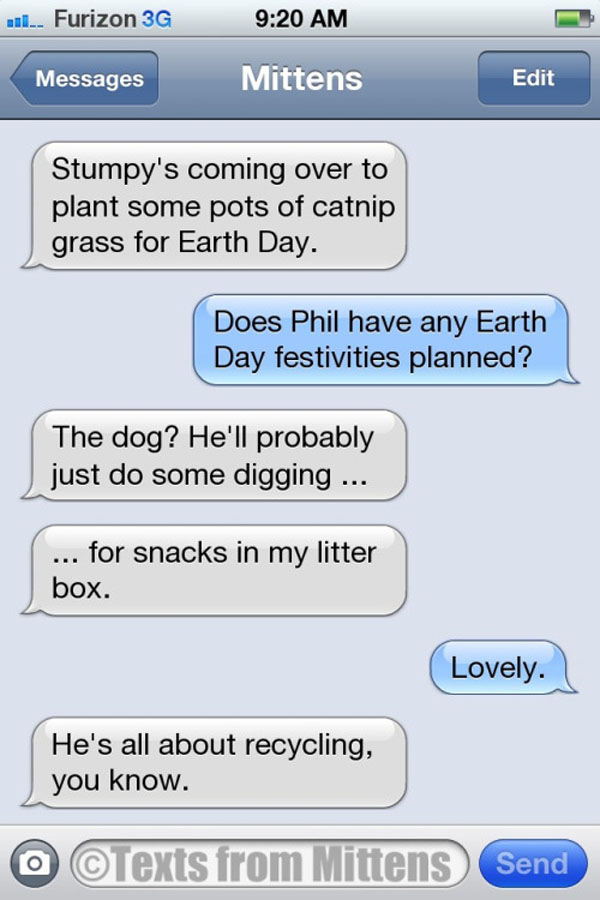 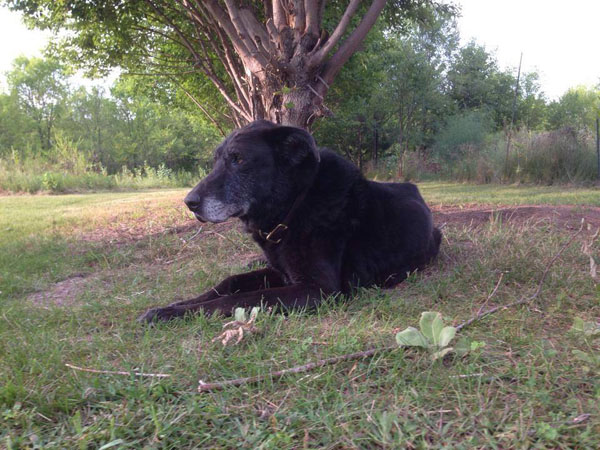 Farewell, Phil — you were a true “good boy.” 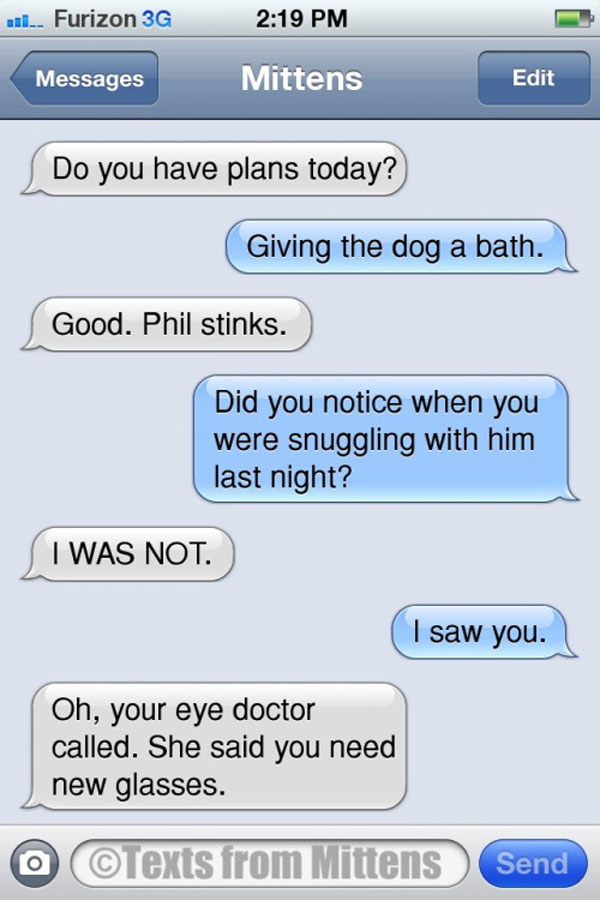 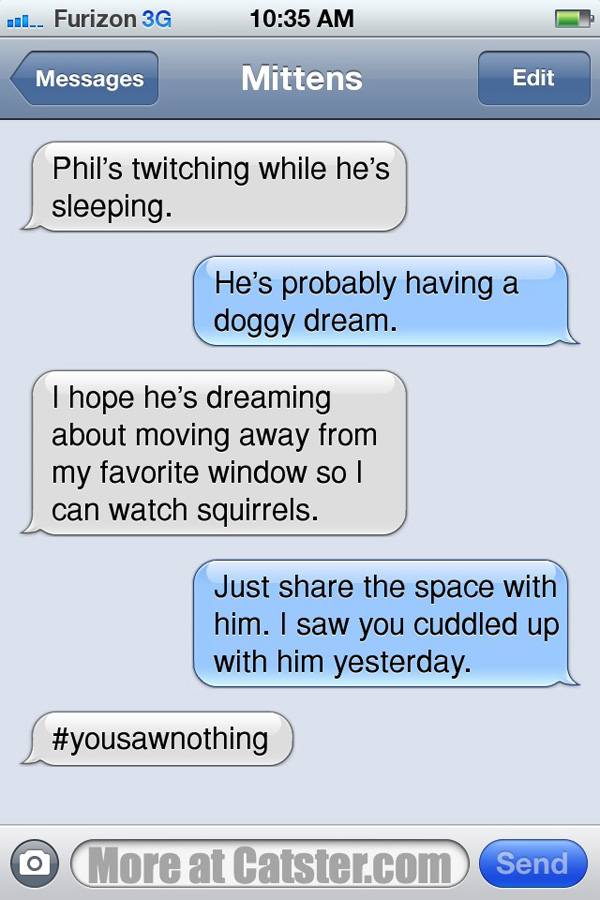 About the Author: Angie Bailey is an eternal optimist with an adoration of all things silly. Loves pre-adolescent boy humor, puns, making up parody songs, thinking about cats doing people things and The Smiths. Writes Catladyland, a cat humor blog, Texts from Mittens (originated right here on Catster) and authored whiskerslist: the kitty classifieds, a silly book about cats wheeling and dealing online. Partner in a production company and writes and acts in comedy web series that features sketches and mockumentaries. Mother to two humans and three cats, all of which want her to feed them.

One comment on “Texts from Mittens: The Phil Tribute Edition”