Next on The Scoop: Cats Love a Good Sale, Too!

Why Won’t My Cat’s Ringworm Clear Up? 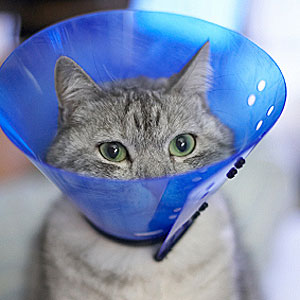 My cat has ringworm for the second time in a year. The vet put him on itraconazole. Last year it took four months to clear up. What is causing this problem? He is a indoor cat.

Ringworm is a fungus (not a worm) that grows in hair follicles. It is one of the most frustrating problems a pet owner can face.

Some forms of ringworm are ubiquitous and can be found everywhere in the soil and in the environment. Others are contagious. Once a house is contaminated with one of the contagious varieties, it is nearly impossible to clear the fungus from the house. Ringworm can spread to humans as well.

The basic reason your cat keeps contracting the disease is that his immune system isn’t fighting it off properly. This is common in cats that are young or who have immune system compromise caused by the feline immunodeficiency virus (FIV). It also happens in some breeds (such as Persians) that are especially susceptible to the fungus.

Treatment and decontamination is a lengthy topic, but fortunately it’s one I have covered on my website. Click here to read more.