Next on The Scoop: 5 Real Tourist Attractions Cats Would Visit on Vacation
Catster Tips

We Solve the Top 10 Problems of Cat Parents: Part One

These easy solutions meet your cat’s needs so that everyone in the household is happy.

Editor’s note: This is part one of a story that originally appeared in the March/April 2016 issue of Catster print magazine. Click here to subscribe to Catster magazine.

Cats are the pet of choice for many busy people partly because, compared with dogs and some other pets, they’re pretty low maintenance. They’re not “no maintenance,” though. Keeping a cat is a lifetime commitment, and many felines live well into their 20s. Chances are you will face one or more of these 10 common problems at some point during your cat’s lifetime. This is part one, consisting of the first five.

1. My cat evacuates outside the litter box

By far, this is the most common problem and, sadly, one that causes many people to relinquish their cats. Because health problems and physical pain can disrupt proper litter box usage, first take your cat to the vet to rule out a medical cause. Once you’re sure your cat has no health issues, look at the litter box itself.

If your litter box passes the test, look at changes in the environment that might cause your cat stress. A new person or pet, the loss of a favorite companion, or an outdoor neighborhood cat can stress out your kitty, according to certified cat behavior consultant Marilyn Krieger who owns the Cat Coach in Redwood City, California, and writes the Ask a Behaviorist column here on Catster.

“Make sure your cat is neutered, and keep the outside cats away,” she said.

Many devices at hardware stores or online will make your yard uninviting for outdoor cats without harming them. Ultrasonic devises that are motion sensitive make a high-pitched noise. If you use these, make them face away from your home, she said. Lemon and other citrus scents also repel cats without hurting them.

If your cat urine-marked an area in your home, clean it up thoroughly with an enzymatic cleaner to remove odors and prevent further soiling, Krieger recommended.

2. My cat picks on my other cat 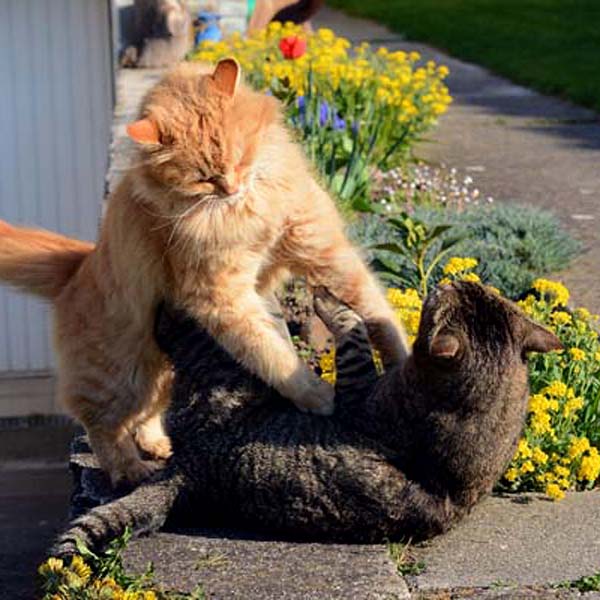 Once a medical cause has been ruled out, make sure the cats have enough resources.

“We set cats up to fail by making them have to share,” Johnson said. “Create an environment of plenty.”

Provide plenty of feeding stations and water bowls throughout the house so they don’t have to compete for resources.

Krieger added that it could be a matter of too many cats in too small an area.

“Provide plenty of vertical territory, so the cats can show their hierarchy,” she said.

Sometimes the neighborhood cat’s visitation can cause one cat to redirect his aggression toward your other cat. All the more reason to deter outdoor cats from your yard. You always want to separate your cats, she advised, placing the aggressive cat in a darkened room with the blinds closed for a few hours to calm him down.

“Sometimes you have inter-cat aggression because the cats weren’t introduced properly,” Krieger said.

Separate the cats and gradually reintroduce them from scratch, she recommended.

3. My cat hates the new kitty I brought home

Be patient. Introductions must be gradual. Krieger said to make sure the kitties are completely separated at first. You want to designate three zones: a sanctuary for each cat and a neutral zone. The neutral zone is shared space but at different times. Never put one cat’s smells on the other, but rather rub a cloth on one cat’s cheek and place the cloth in the other cat’s space, putting a sample of each other’s smells in the other’s room. Do that twice each day with a clean cloth each time. 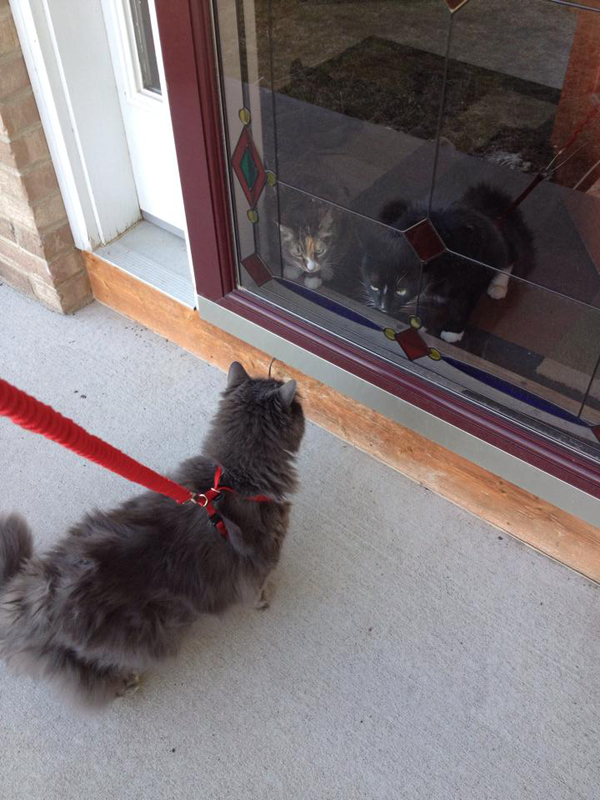 Designate the doorway to the newer kitty’s room as a feeding area, so that both cats associate that area with good things. Feed the cats at the same time 3 feet from the closed door and gradually move the food bowls closer to the door about 1 to 2 inches each day. If the cats won’t eat or if they’re growling, you’re moving by moving the food dishes as far away from the open door as possible with you standing in the doorway.

4. My cat scratches my hands and feet, and it hurts

Aggression toward people is a learned behavior, Johnson said. Again, we set the cats up for failure by allowing kittens to play with our hands and feet, but it’s not fun for us anymore with an adult cat. You want to redirect those play behaviors toward toys.

“I recommend adopting a pair so they have another cat to spar with,” she said. “If you get two, they’re much more socially normal. When they’re play deprived, anything that moves is fair game.”

5. My cat claws up my furniture

Cats need to scratch to exercise their paws and to mark their territory. They also scratch when they’re feeling conflicted, she said. Instead, provide your cats with something they will like to scratch more than your furniture: a good scratching post. In addition, block the furniture with sticky sheets or double-sided tape and place the scratching post right in front of the furniture they’re scratching. Reward your cats when they scratch the right furniture. 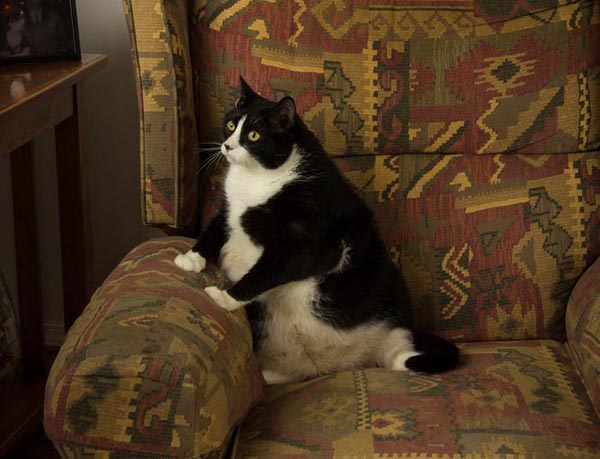 Check back on Catster later this week for part two, when we’ll bring you the final five problems and solutions.