Next on The Scoop: 5 Ways That My Friends Should Act More Like My Cats
Monday Miracle

SpaghettiO Lost an Eye But Recovered Her Mobility

An accident hasn't kept this pirate cat from swashbuckling adventures in her forever home.

Monday Miracles can take many forms. We’ve profiled the endearingly-named wobbly cats who are afflicted with cerebellar hypoplasia (or water on the brain, in colloquial terms). We’ve shone a spotlight on tripod kitties who hop and shuffle through life with only three limbs. And we’ve even had one distinguished gentleman feline who embraces his role as a lobster cat due to a crustacean-like front paw.

In each case, the cats overcome physical odds that are stacked against them and end up owning their distinctive form.

Now I’d like to introduce a brand new category of Monday Miracle — the pirate cat. 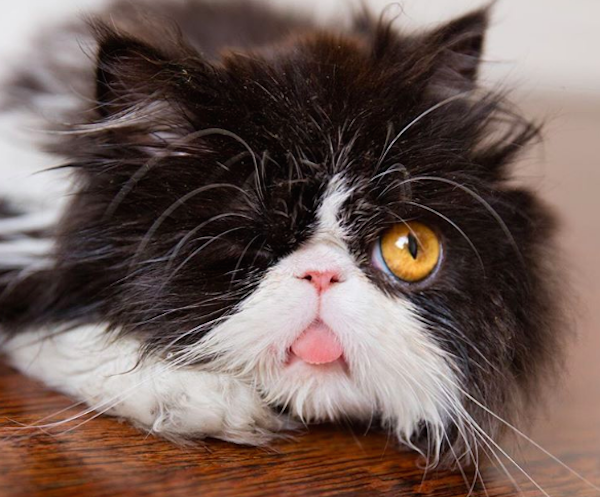 A leader of this exclusive club is SpaghettiO, a self-proclaimed “pirate kitten with a sense of adventure and a zest for life.” She found her humans when they fostered an adult cat named Coraline and her kittens, who had been brought to their local humane shelter. 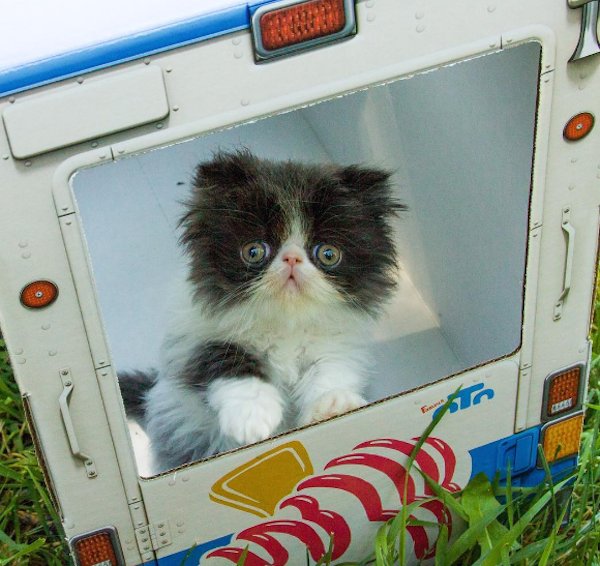 “We so enjoyed SpaghettiO’s personality and spunk as she grew that we elected to adopt her and make her a permanent part of our family,” says Meghan, one of her humans.

At first, SpaghettiO showed up to her soon-to-become forever home with both eyes — until a fateful day when she was eight weeks old. 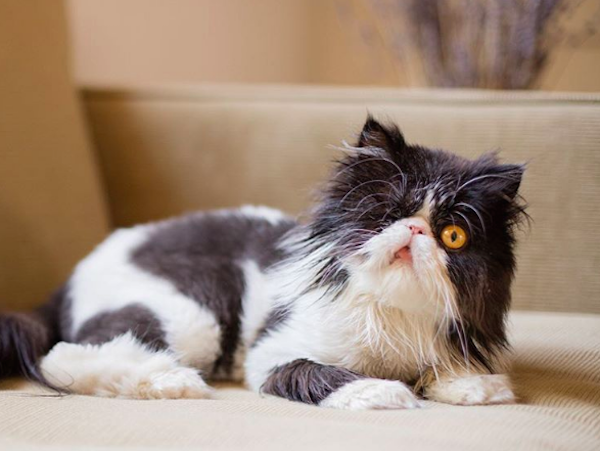 “Always curious, SpaghettiO was climbing up the back of a chair and managed to tip it over on herself,” recalls Meghan.

After the chair landed on the kitten’s head, the resulting trauma to her head left her “paralyzed and unable to move.”

In icky terms, Meghan adds, “She experienced swelling of her brain that caused her right eye to detach and become useless.” 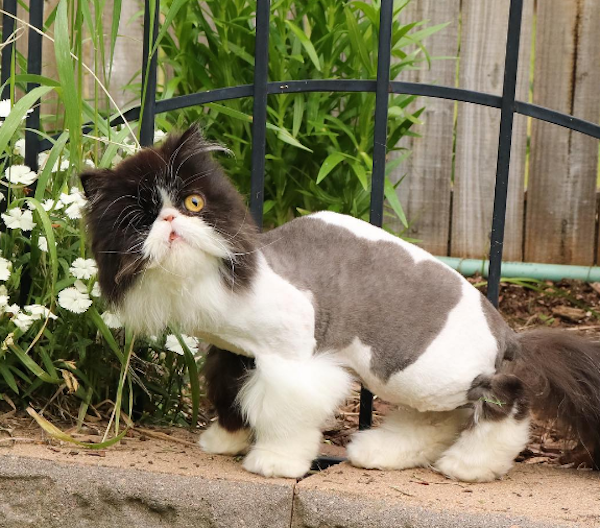 After a few days of round-the-clock medical care, vets told SpaghettiO’s family that her paralysis might not improve, or that she might regain only partial motor functions.

Weeks of syringe feeding and being carried to her litter box followed, until SpaghettiO slowly began to regain her motor functions.

“She could lift her head, she could move her front paw, she could drag herself across the bed, she could stand, and, finally, she could walk,” recalls Meghan.

“I credit SpaghettiO’s recovery fully to her tenacity and spunk,” she continues. “She has a remarkable zest for life that I believe singularly allowed her recover from a very near-death injury.” 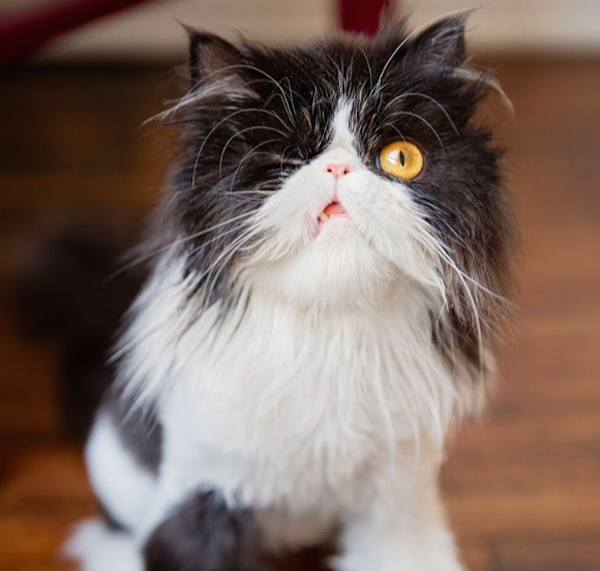 On a practical basis, Meghan says SpaghettiO’s having a single eye doesn’t affect her too drastically in day-to-day cat matters. She still loves to climb, so to remedy her impaired depth perception, Meghan has modified the environment:

“She has shelves and perches on many of our walls, and we’ve just arranged them slightly closer together so she needs only a tiny hop to get from shelf to shelf and the risk of misjudging a distance and falling is all but eliminated.” 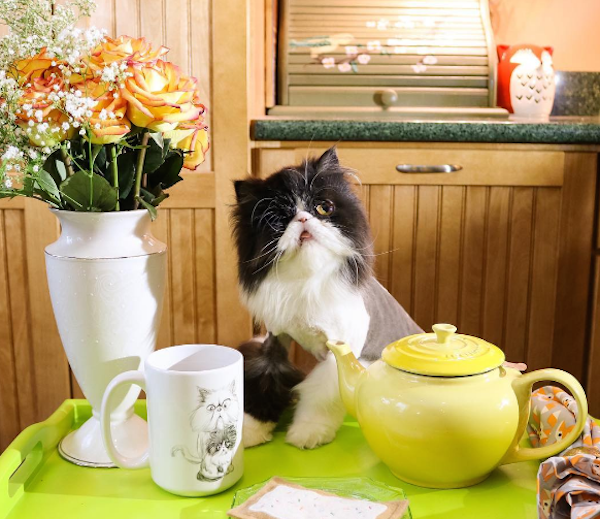 On a more philosophical level, being a pirate kitten involves embracing what Meghan calls “the daring spirit of a swashbuckler who is always looking for the next adventure.” SpaghettiO’s black facial fur patches also make it seem like she’s wearing the traditional pirate’s eye patch.

“She may be a one-eyed kitten standing on the coffee table looking for her toy mousie,” explains Meghan, “but she always looks to me like a brave and bossy pirate captain standing on the bow of a ship looking out to sea.” 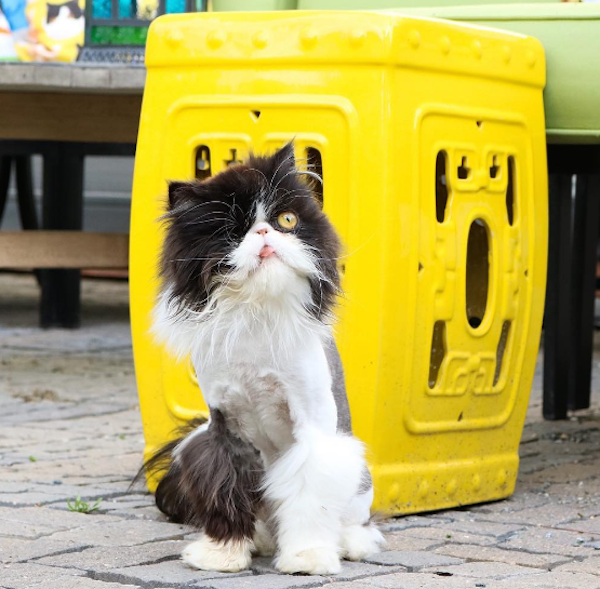 Does SpaghettiO have any advice for people considering adopting a special needs cat? Meghan says this pirate cat would probably plump for a slogan like this:

“Be ye kitty eye-patched or peg-legged their spirit be that of a true matey. Git to ye local shelter, smartly, and find ye perfect first mate! Or, in other words, go for it!”