Next on The Scoop: Cat Found Frozen to Driveway Makes an Amazing Comeback
Confessions

Cathouse Confessional: My Cat Got Me Evicted

Months went by and we thought we were home free. Until I came home one day to a note stuck in the crack of the door: We had seven days to get rid of the cat or get out.

You thought you had a bad kitty, huh? Well, how about this: My cat got me evicted.

To be fair, it wasn’t his fault. He wasn’t even supposed to be there. All he knew is that four cute college girls picked him out of a cardboard box in a convenience store parking lot and brought him home. His job was to be cute and cuddly; ours was to keep him a secret. 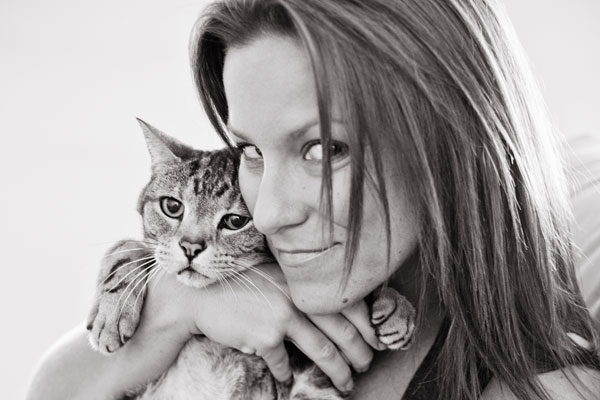 It was our first time living independently, and we were going to do it big. We decorated as if we’d be living there forever, pumping money into cute pillows and vases. We stocked the kitchen, set up a stereo system, and put a welcome mat out front. We had a real home.

But our home was missing something. And you know what would make the place perfect? A cute kitten. Yes! We needed a cat!

So we pored over the classifieds and visited trailer parks and homes in search of the perfect kitten. (Apparently I didn’t know about animal shelters yet at that point.) Finally, at the last number we called, a woman said she’d meet us on the corner of somewhere and somewhere else with a box of kittens her cat recently had.

And in that box, we found Pimp. His name was Diamond at the time because of a little diamond marking at the back of his neck, but it quickly became clear that, as the only male in a house of all girls, no other name would do. 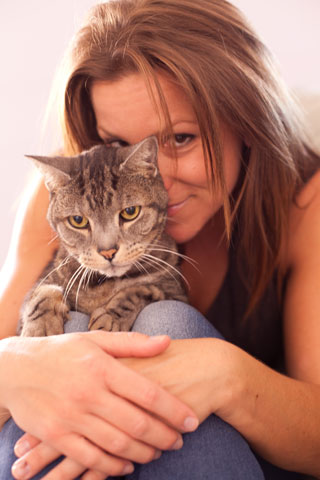 Our perfect home was now complete! Life was good, right? Well, almost. There was this one little tiny detail to worry about … our apartment didn’t allow pets, so Pimp was technically contraband. The cutest little contraband you ever did see.

We did our best to keep him under wraps (not literally, of course). He loved to sit on the windowsills, but we tried to keep him off them so the property manager and leasing agents driving by in their golf carts wouldn’t see him. We were careful to make sure no one saw us bringing cat food and litter in, and sneaked him out quietly for vet visits. And our best scheme: We somehow arranged a little unspoken pact between us and the head maintenance guy. If the building staff ever had to come in the apartment to change the air filter or check on something, he’d give us a heads up so we could stash Pimp in one of the bedrooms.

Months went by and we thought we were home free. Until I came home one day to a note stuck in the crack of the door: We had seven days to get rid of the cat or get out.

I looked around at my roommates. We’d never really decided whose cat Pimp actually was. I guess we figured that we’d deal with it when we moved out and went our separate ways. But I could also see that I was probably the only one who would take responsibility for him — and I decided right away that I was packing up his litter box and my clothes, and we’d be moving out on our own.

Because it’s never me or the cat — it’s me and the cat. When we adopted Pimp, we made a commitment to him, and I intended to do everything I could to honor that. Dumping him at a shelter was not an option.

So technically we weren’t evicted. That doesn’t appear anywhere on my records. I moved out and continued to pay a quarter of the rent as I always had — until we found someone to sublease — and I paid the rent in the one-bedroom pets-allowed apartment Pimp and I went off to live in. 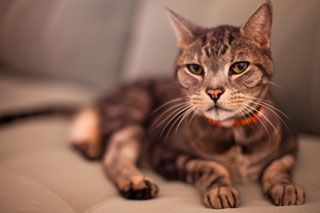 Add those together, and I was paying as much as my parents paid for their mortgage every month — as a college kid. I went to school full-time and busted my butt working as a bartender to pay for everything. Because Pimp was that important.

I was tired and I was overworked, but I had a furry little son counting on me and waiting so cutely at home for me every night. His purrs, his love, and his perfect personality made it all worthwhile.

Thank goodness I was able to do this. I had a job where I could pick up extra shifts, and I could work late to get enough hours in. My school schedule was pretty hectic, and I loaded up my classes on two days a week so the other three were free for work. Neither of us were eating gourmet food, but we were eating, and Pimp was always up-to-date on his vet stuff.

Unfortunately, I know this isn’t the norm for college kids. There are too many stories of young people who get pets, only to send them back to shelters or abandon them outside when they graduate or move to a new apartment. They don’t think long-term when they adopt, and it’s the pets who suffer.

I would never, ever have done that. Looking back, I made so many sacrifices and my world was a little rough for a while — but 12 years later, I wake up every morning to Pimp rumbling by my side in bed and I know I would do it all over again and not change a thing. Except, of course, living in an apartment that allowed pets. 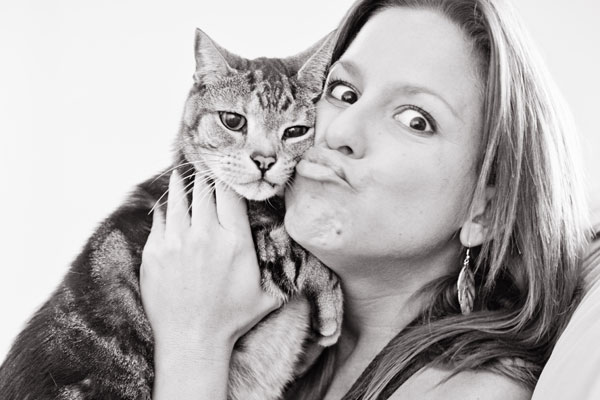 You know what kills me? All those cats and dogs at shelters who are surrendered by their owners for one silly reason or another. "I moved to a place that didn’t allow cats," "I couldn’t afford him," "My boyfriend doesn’t like cats" ÔÇª whatever.

How’s this: My cat got me evicted, and I busted my butt to do everything I could to make sure I kept him.

All photos by: The amazing Stephanie Sonju

We’re looking for purrsonal stories from our readers about life with their cats. E-mail confess@catster.com, we want to hear from you!