Next on The Scoop: Meowbook: On the Internet, No One Knows You’re a Cat
Style

The iconic Steinlen image is reinvented through these black-cat-inspired items.

You’re probably familar with the iconic image of Le Chat Noir (The Black Cat). The memorable design was taken from a 19th-century poster by cat-friendly French artist Th├®ophile Alexandre Steinlen, which he created to promote the Parisian cabaret.

While the mysterious black feline is most commonly seen on prints and posters, it has also popped up on socks, swimsuits, and a host of other things. Whether you’re looking to catify your wardrobe or kitty up your home, here’s a list of Chat Noir-inspired items that will fit the bill purrfectly. 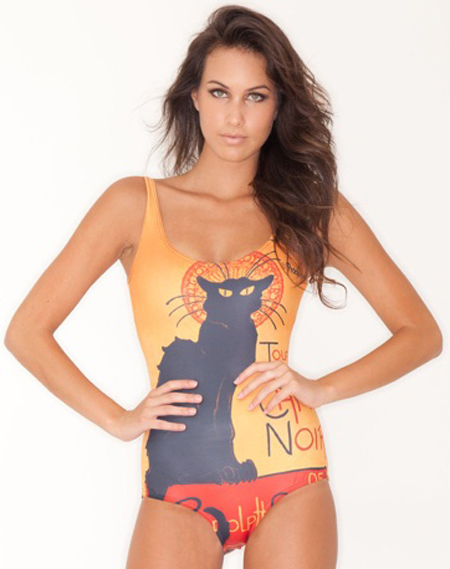 Who said cats don’t like water? This sexy (and long-sold-out) one-piece breathes new life into the classic feline print.

These pussycat-inspired paw covers might be made for rollerskating, but cat enthusiasts shouldn’t be shy about picking up a pair. 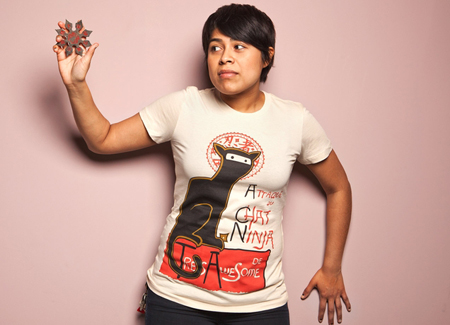 Parodies of popular images are nothing new, but one designer took it to a whole new level of Internet coolness by incorporating ninjas. Attaque du Chat Ninja is tres awesome, indeed! 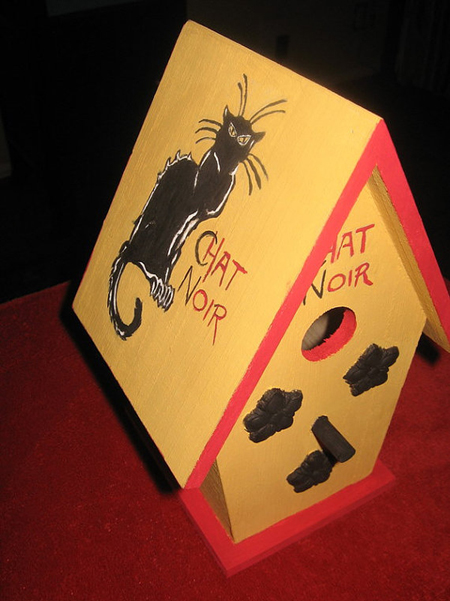 I’m not sure whether this ominous portal is supposed to attract birds or repel them, but birdies who dare to venture inside will be expecting one heck of a show, with cocktails and suet snacks. 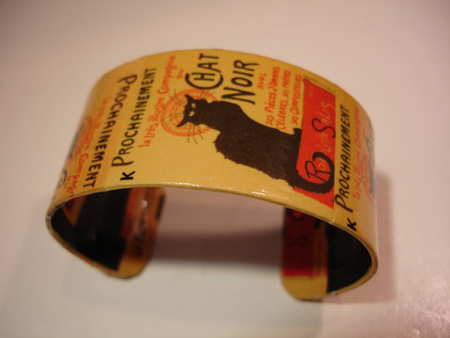 Declare your devotion to the French kitty with this handmade decoupaged cuff. Cat accessories are always great conversation starters, and a simple bracelet is also an ingenious way to draw attention away from your cat-hair-riddled clothing. 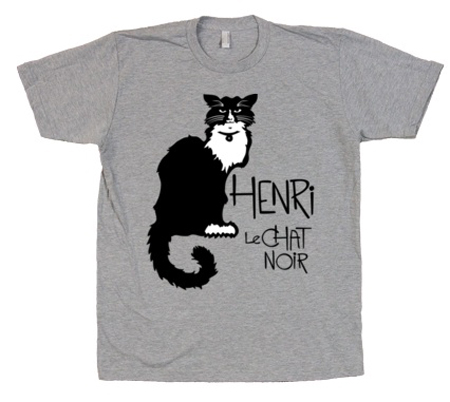 Internet sensation Henri, Le Chat Noir already has two YouTube masterpieces under his paw and a budding catnip empire, thanks in part to this clever shirt bearing his ennui-filled image. 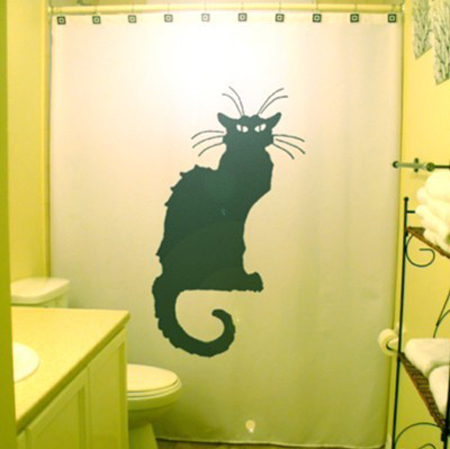 A few months ago I was doing a bathroom makeover and asked for suggestions on finding a chic cat shower curtain. More than one person sent a link to this design, which turns any boring bathroom into a funky feline retreat!