Next on The Scoop: Does the Grief over Losing a Beloved Cat Ever Really Go Away?
Catster Exclusive

Welcome to the Weird and Warped World of the Half-Cat

We talk to Daniel Voshart, author "Half-Cat: A Partial History," about you-know-what.

Polite warning: Do not read on if you’re not prepared to tolerate seeing something a little skewed and possibly disturbing. If you’re of a well-fortified disposition, though, welcome to the weird world of the half-cat.

As the name suggests, the half-cat is a rare two-legged feline. You may remember that last year a cat called Anakin made the news when he was rescued from a feral cat colony. Now the half-cat phenomenon has become the subject of an upcoming Kickstarter-funded coffee table book, purportedly authored by the elusive scholar Erwin Hobbs. Naturally, it’s puntastically titled Half-Cat: A Partial History.

As the tome gears up for its official print run, we got in touch with one of the men behind the project, Daniel Voshart, to get a primer on the hazy history of the half-cat. 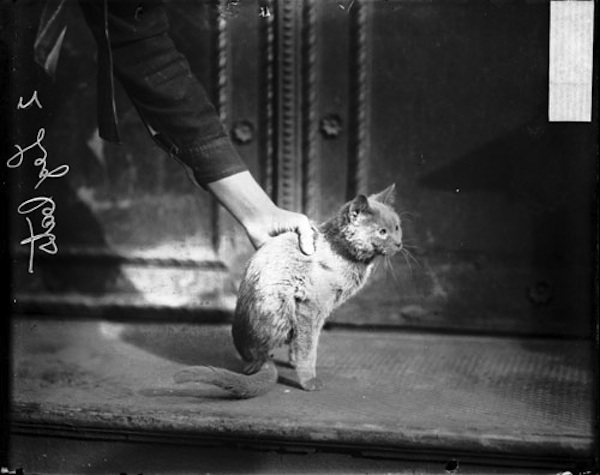 Catster: How did the half-cat project come about?

Daniel Voshart: Well, there was an image that someone put online and claimed was Google street view. I came across the image while I was in a feud with someone who owed me $800 for a job I was working on; there was a back-and-forth email exchange and when I realized I wasn’t going to get paid I decided to mess with the guy. Eventually he called me an “odd cat,” so I replied by Google image searching “odd cat” and the image of the shortened cat came up.

That was three years ago, but then earlier this year it came back into the news. It was a falsified image, but while the image was on my desktop for a couple of years it kept making me laugh. [For the book] I just wanted to make my family and my friends laugh. 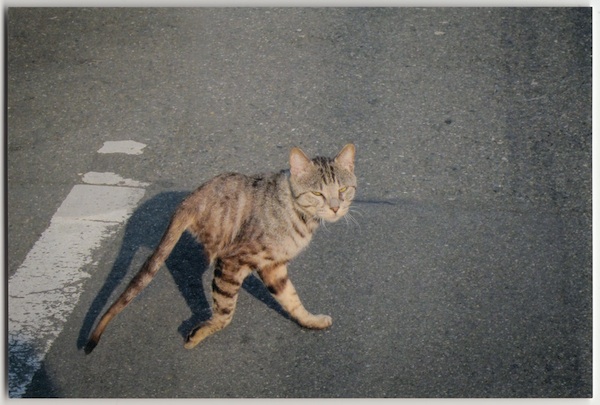 Did you come up with the term “half-cat” yourself?

When I found the image it didn’t have a name on it so I think I called it a half-cat. I can’t officially claim that, though. When doing my research into half-cats, the word half-cat is only ever associated with news articles with truly bipedal cats. Maybe I’m just being too honest in saying that I can’t claim the term, but I was definitely trying to think of the catchiest way to describe it and half-cat seemed appropriate. 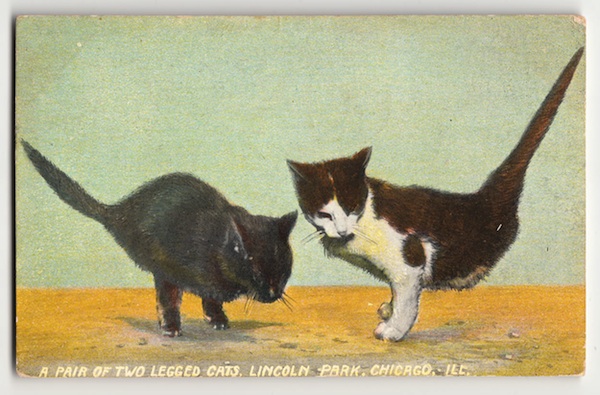 So where did you source the images of half-cats in the book?

Some are from the past. On the website we have a section with images and say whether they’re fake, probable or confirmed. The ones that are confirmed are actually real. They are legit. I am not making them up.

The ones that say “probable” are Photoshops. So it’s a mix. The images that I did use are from Flickr and people who upload have the option of sharing the images as commercial use. There are nearly 30,000 photos and I was trying to figure out which angles to use. Not a lot of pictures of cats are of cats walking from the side. One of the conditions was finding really challenging photos to Photoshop.

Can you describe what a two-legged cat walking would look like?

Kinda of like a velociraptor, or some people say a chicken. Basically they adapt by centering their feet. Other than that I think they have a pretty normal gait. So they just have to move their paws one over the next rather than just straightforward in their stride.

I’m considering distinguishing between a very shortened cat and calling that a raptor cat and having sort of a full-bodied two-legged cat as being a half-cat. But that’s not a distinction I’ve officially made. 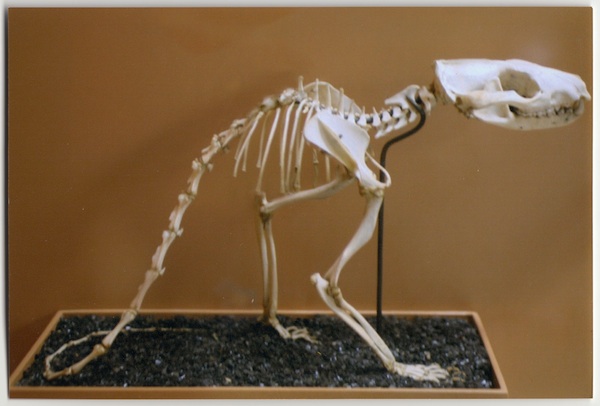 Are there any benefits to being a two-legged cat?

In the book I definitely take the tone that they are the normal cats and that four-legged cats are the abnormal ones, sort of like bringing people deeper and deeper into the fiction until by the end of the book people are supposed to wonder what’s going on. Within the fiction of the book I’d say that there is an advantage of being a half-cat.

From a medical side, though, I think a four-legged cat can jump further and run faster. Two-legged cats are surprisingly mobile — they can jump and they can climb a cat tower and do all the things that a domesticated cat is required to do — but if it was to be left in the wild I think they would have a reduced chance of survival. But in terms of being domesticated, I think there’s no major issue.

Anakin the two-legged cat was originally a feral cat and his owner originally had to capture him in a bush, so he was living on his own. But I do wonder what would happen if it stayed in the wild. Maybe it would just hide from humans and we’d never see it. If the question is, do half-cats live a normal and happy life? Then the answer is they do. If the question is, can they catch mice as well as four-legged cats? I would think not. 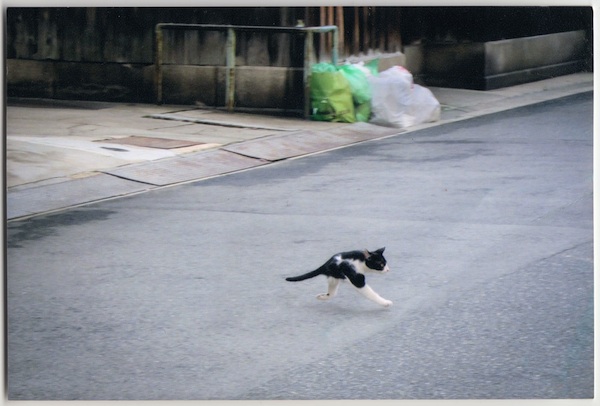 Have you received any hate mail about the half-cat project?

Yes. I can’t tell if it’s tongue-in-cheek. There was one Kickstarter reward which was called a Kickstopper and someone wrote a really great Kickstopper to me but they never actually registered the pledge. It was basically saying that we were taking cat science several years backwards. But I’d say one third of people ignore it, one third think it’s amazing, and one third don’t really know what they’re looking at and sort of wish they were just ignoring it.

Were there any images you held back from the book because you considered them too disturbing?

No. We wanted to make it plausible that a kid could pick it up and look at the images and sort of enjoy it on that level. People have been telling me that some of the images are disturbing, but I don’t — I find them pretty funny. There’s a good quote that’s something like it’s meant to comfort the disturbed and disturb the comfortable. 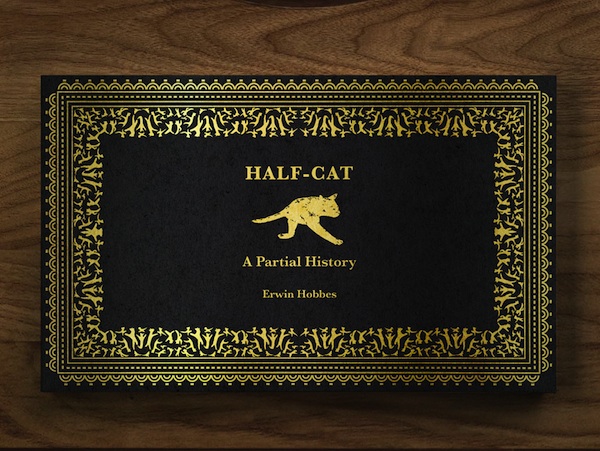 What do you want people to get out of the book?

Do you have cats yourself?

At one point when I was a kid I had a cat, but I don’t now. I think even with a cat’s ability to live alone in an apartment I don’t spend enough time there. My cat would be neglected. But one of the other collaborators on the book owns a cat.

Finally, is there any chance of a follow-up book involving two-legged dogs?

No, I won’t ever tackle a project like this again! There will be no two-legged dog book.