Next on The Scoop: Cat Stuck in Tree 7 Days

Dramatic Rescue of Cat Hanging by Neck in Storm Drain 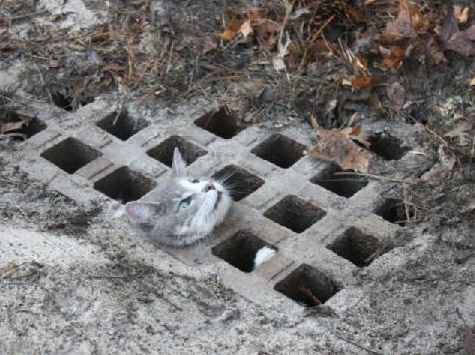 At least one cat in Norfolk, Massachusetts has learned that it doesn’t pay to stick your head where it doesn’t belong. Last week, a grey and white cat became suspended by her neck from a storm drain grate.

When Animal Control Officer Hilary Cohen saw the cat’s dilemma, she called firefighters in for assistance. 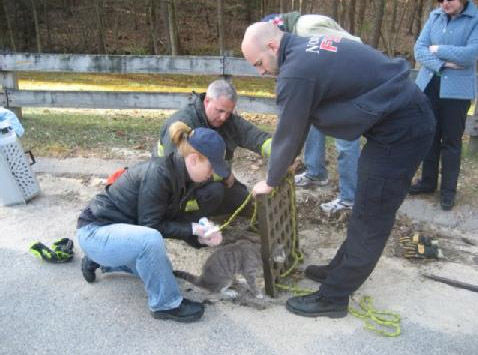 Attempts to disengage the cat from the grate were unsuccessful. So they lifted the grate with the cat still attached and took it to Acorn Animal Hospital in Frankin, where they sedated the cat and successfully removed the grate.

The cat was treated for low body temperature and dehydration but is expected to make a full recovery.

The mother of the cat’s owner saw the television coverage of the rescue, and contacted her daughter, who was reunited with the cat, Emmy, the next day. 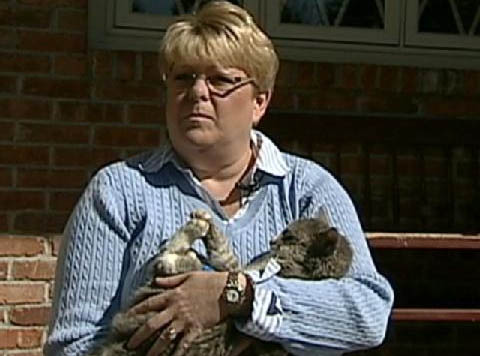 Posted in Cats In Predicaments,