Next on The Scoop: Let’s Talk: Do You Ever Lie About How Many Cats You Have?
Cats and Kids

Should Your Kids Accompany You to Your Cat’s Vet Visits?

It depends on the age and maturity level of the child, but the adult should have the final say.

Kids love their animal companions and many want to join them when they visit the veterinarian’s clinic. Some kids feel like their pets need extra emotional support and others are just plain curious. Is it a good idea to show up at a vet appointment with kids in tow? There’s really no cut-and-dried answer; there are many points to consider.

The age and maturity level of the child is the primary consideration. Although experts don’t make a call on a specific age, the general consensus is children under age eight shouldn’t be a part of the appointment. But truly, every child is different and parents or guardians are the ones to make the determination. I remember bringing my son along to vet appointments when he was around five or six. My daughter was a little younger when she began joining us. That’s because my boy-child was notoriously busy and had very active hands. It’s challenging enough for the vet to treat an anxious cat — she doesn’t need a toddler grabbing swabs from a jar on the counter. 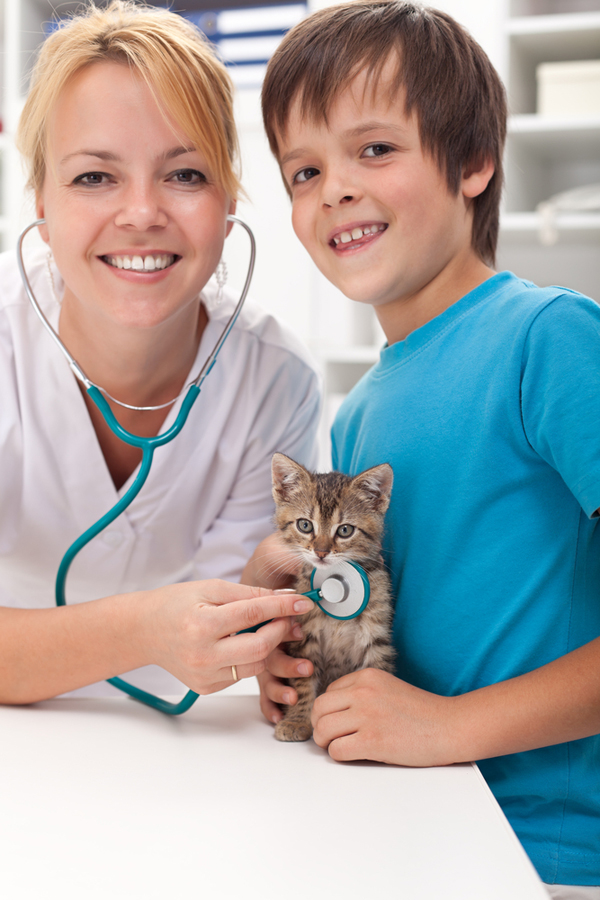 I recently read an article written by a vet in which he bullet-pointed ways people can make his job easier. One of the top five ways was to leave the kids at home. He’d apparently had his share of nightmare experiences, and I don’t blame him. He goes on to indicate that the exception would be an emergency situation … obviously. But his general preference is to keep kids out of the exam room. 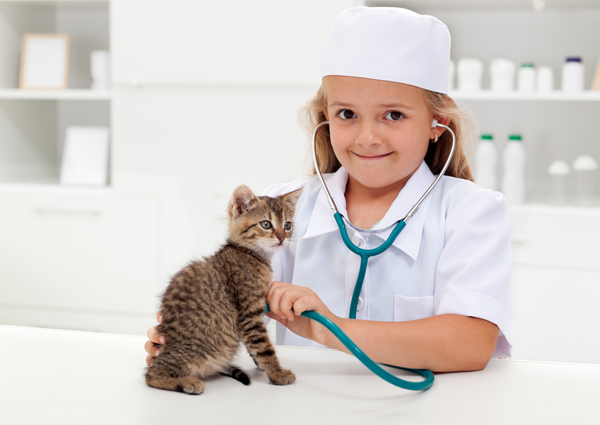 As my son moved further into elementary school, he became much calmer and more curious. Our veterinarian is patient and loves to answer questions and engage my kids in conversation. She does a nice job creating teaching moments during the regular checkups. I’ve found these instances beneficial in the way of instructing my children in caring for and respecting our cats. It’s one thing for me to show my kids how to handle the cats or explain proper feline nutrition. It’s quite another for a doctor to have this conversation with them. So if a child is able to restrain him or herself, stay calm and listen, a trip to the vet can be a valuable experience. 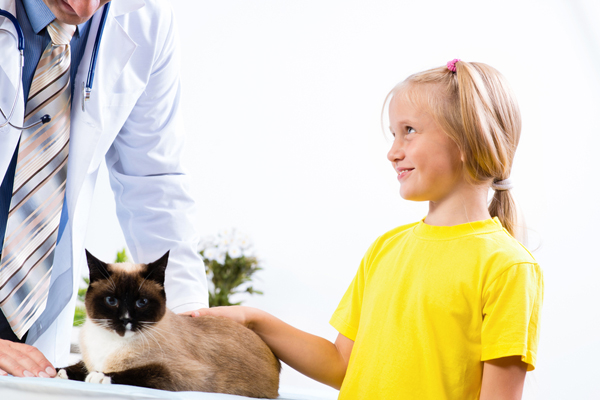 Another reason why maturity and age should be considered is because there are usually more pets than just your own waiting in the clinic lobby. Children who haven’t been instructed in approaching new animals might wind up making the wrong choice by running up to a strange dog, who could in turn respond with loud barking, or worse, a bite. This would be especially true in a vet’s office, where the dog may be ill and more likely to lash out due to pain. Even if your children only share their home with cats, they should know how to approach dogs (or cats) who are new to them. 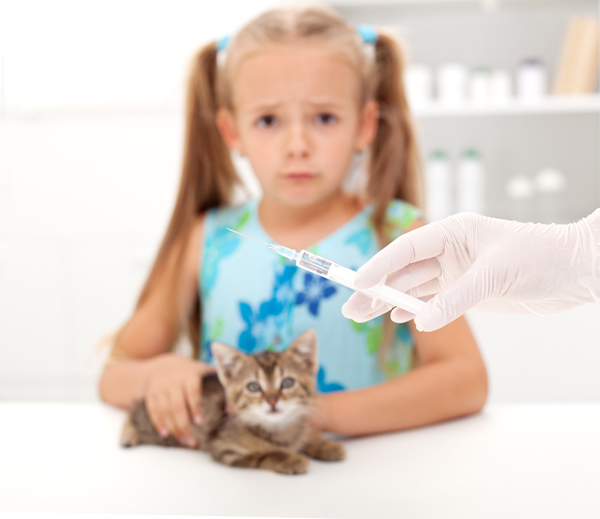 Another point to consider is what kind of appointment your cat has. An overly sensitive child may start crying if she sees her beloved kitty being stuck with a needle during a routine vaccination. If your cat may be seriously ill and you’ll be awaiting test results, you also may not want your children at the appointment. And serious thought should go into a visit where euthanization is involved. These are all calls each parent or guardian must make based on their individual child’s age and maturity level. And no matter the type of visit, the adult should sit down and talk to the child about exactly what to expect, what they’ll see and how they may feel. And if the child doesn’t want to accompany the adult to the appointment, she should never be forced to do so.

Do you include your kids in visits to the vet? Tell us about it in the comments!