Next on The Scoop: Bacon the Cat Is a Long-Haired Superstar in the Making
Let's Talk

Do You Ever Drop Everything to Attend to Your Cats?

After all these years of caring for and caring about cats, I think I have developed what I call “Mom radar.” I am somehow always listening or aware of the cats nearby, even if I am deeply working on something else. Since I work at home, I get to practice this skill a lot. And so I often drop what I’m doing to attend to my cats. Most of the time, these instances are not serious. A few times, the instances were serious, and I was glad that I had the awareness to respond and take action.

Here are some of the things that prompt me to drop what I’m doing to attend to cat-related stuff.

This is by far the biggest category, and that’s probably my own fault. However, I manage to keep my life on track, get work done, and have fun, even while spending a lot of time getting interrupted by cats. It’s a miracle!

Feeding Chester (my buff tabby) takes time. He loves to eat several small meals throughout the day. It seems to suit him well so I do it, even though it means that his feeding is always running through the back of my mind. On top of that, he has gotten quite fussy and prefers certain flavors of a certain brand of cat food. He eats in my office and I shut the door so that the others (who are not slow and picky eaters) don’t barge in and get his share. 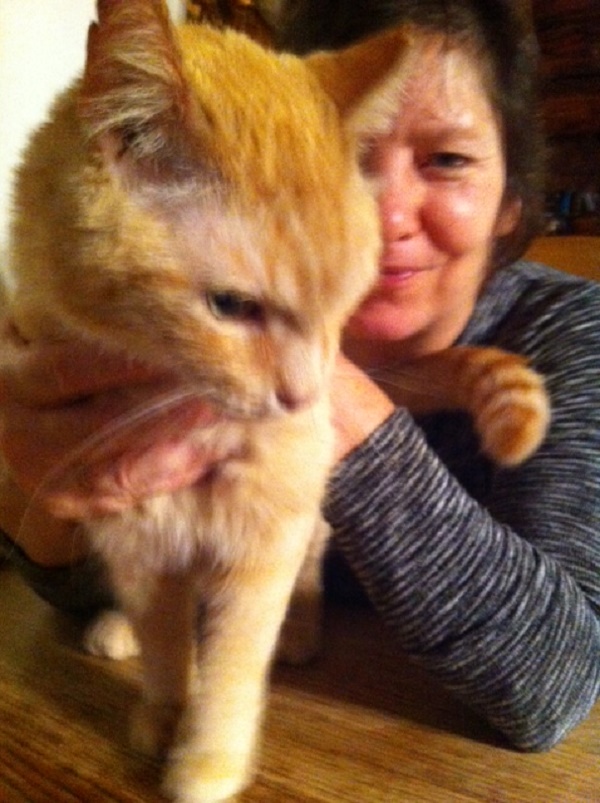 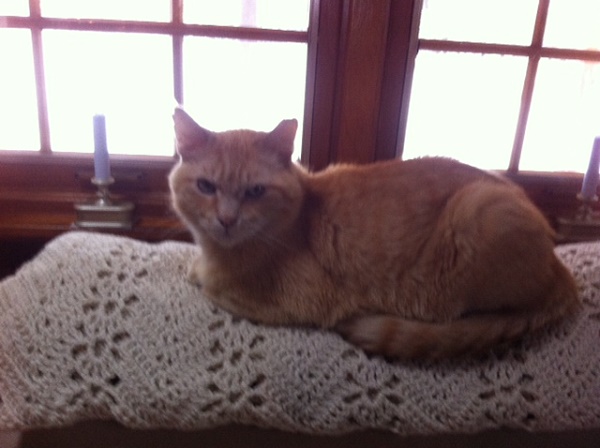 If a cat looks bored and in need of stimulation, I will drop what I’m doing to play with them. It’s good for them and for me.

3. Breaking up the beginning of cat squabbles

I’ve never been quite sure of the prevailing philosophy on this topic. I do agree that I’d not want to get in the middle of a full-out cat fight. But when a squabble starts and it seems that someone might be at a disadvantage, I will interfere.

Zorro used to bully Jamie Bluebell. Jamie would hide and not come out of my office. If Zorro was behaving this way, I would drop what I was doing to separate them and to make sure Jamie was safe. But over time, Zorro has mellowed, and Jamie is actually beginning to initiate play with Zorro. Sometimes it almost looks as if they are flirting with each other. (Feliway has helped, no doubt.) I don’t know whether I sped up this process or made it worse with my interfering, but I’m happy that over several months, these two cats are evolving into a new kind of relationship together.

4. Responding to a strange noise

A cup crashes off the counter. A cat cries in a slightly different way. Chester growls at a new sound outside. Do I drop what I’m doing? Yes. I’m probably too much of a control freak and not detached enough to ignore any of these different and unusual occurrences. 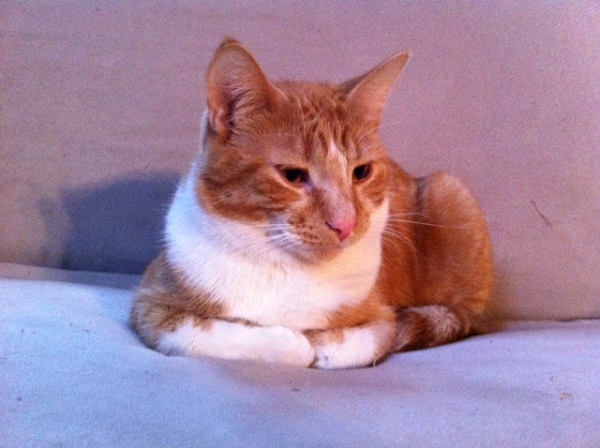 5. Giving in to the cats’ schedule

Guilty. The cats run me, though I made an exception to that this morning. Normally I’m out of bed and the cats are fed, first thing, before I get to any other parts of my day. This morning, I varied the routine a bit. With a deadline looming (I do not like pushing stuff to the last minute), I fed Chester and sequestered the both of us in my office. The other cats had not been fed yet and it was almost 8 a.m. Yikes! I had some annoyed cats on the other side of that door, but all will be forgiven once the food came out.

Here are some more serious instances when I dropped everything to respond to something strange — and I’m glad I did. We all know these types of instances:

When I would work in our old and very small house, I was instantly aware if a cat’s litter box habits changed. Working one day, I noticed Kieran (male) going back and forth to the litter box, squatting, and doing nothing. I knew enough to be worried about Cystitis and got him to the vet immediately. (His urethra was blocked with crystals and he was treated.) 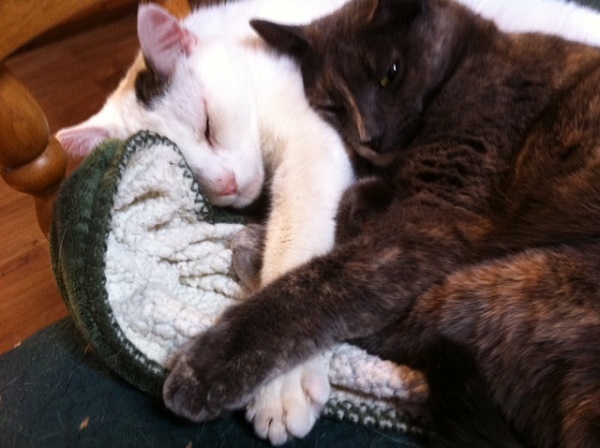 2. Finding a drop of blood on the counter

In the same small house (offbeat things are easier to notice in a small living space!), I became aware of small drops of blood that were suddenly obvious on the floor and counter. After some frantic running around and checking all the cats, I found that Target’s (my former black cat) front paw was bleeding. Wild story — after rushing him to the vet, we found that he had been declawed improperly, and that one claw was growing back and had broken through skin. (Target had been declawed by whoever owned him before he ended up in the shelter, where I adopted him. I am not a supporter of declawing!) The vet finished the declaw properly and the paw healed. It pays to notice things, and to react if necessary.

Do you drop what you’re doing to attend to your cat’s serious or not-so-serious needs? Tell us in the comments!