Next on The Scoop: Mr. Eggs and His Amazing World of Cat Illustrations
Let's Talk

Do You Favor One of Your Cats Above the Rest?

I have six cats, and instead of having a favorite, I work to find lovable things in each one.

I know how much favoritism (or being excluded) can hurt. I was subject to some of that as a child. I vowed that if I had kids, I would never favor one child over another. I didn’t have children, but I do have six cats. I try hard not to favor any of them. Sure, I am aware that it might be easier to be attracted to some cats than others, or that some personalities may mesh better than others with me. But when I consider all the cats I’ve been honored to know and care for, I am amazed at the diversity in their personalities. Here’s what I love and try to celebrate about each cat. I also try to give them equal attention. That can be challenging in an already busy life, but favoritism is a hot-button issue for me. So there it is. Here’s what I love about each cat:

It’s no accident I mention Zorro first. Zorro has so much going for him he could easily overshadow every other feline in the household. He’s beautiful, really tuned in, LOVES to seek attention and is good at it, flops around adorably like the (suspected) Ragdoll that he is, and loves to use his body to express himself. Zorro adores us both. He’s soft to touch and has beautiful fur. I’ve even taught him how to “high five” with those big paws.

Strange as it sounds, Zorro is a young soul. Relationships with some cats are deeper than others, but my relationship with Zorro feels light and friendly and happy. I am extremely happy that we could tame him so he could come live with us (and seems to have no interest in going back outside). 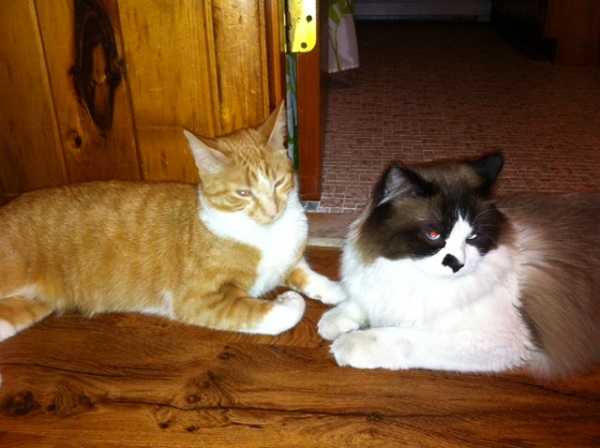 Norton is still growing up, and his personality is only beginning to start to mature. He loves to be held and to snuggle, and he’s extremely smart. Norton and Zorro have a close friendship and are great fun to watch. They both love the camera and are quite photogenic. Norton is also a young soul, but he’s still growing into his personality. Norton can figure out any problem and has a mind like an engineer. He’s one of the cutest cats I’ve ever seen. 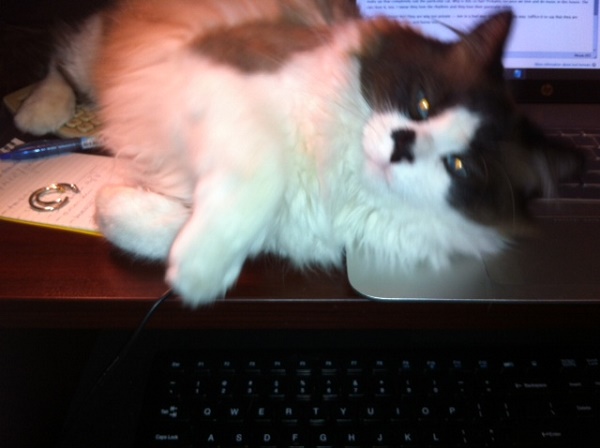 I love Kieran’s quiet personality. To be honest, Kieran is not a cat I would notice at first. I had never seen a cat like Kieran, until I learned later that he was a Turkish Van. His background is a mystery, and that seems to be his appeal. (He does seem like an older soul than the previous two cats I described.) When we rescued Kieran, he easily went inside but seemed not to know how to look out windows. Kieran has a gentle quietness that can get missed in a household of several cats. I try hard to make sure he gets noticed and loved. I don’t know whether it’s important to him at all, but it is to me.

I’d love to know about Kieran’s past, but at least he now has a good present and future. We rescued Kieran near our house in very cold winter weather. We assumed he was dumped, as we were quite rural with no nearby neighbors. It took him a few months after coming inside to really start seeming happy and a little less shell shocked. But he still has a dreamy kind of quality. 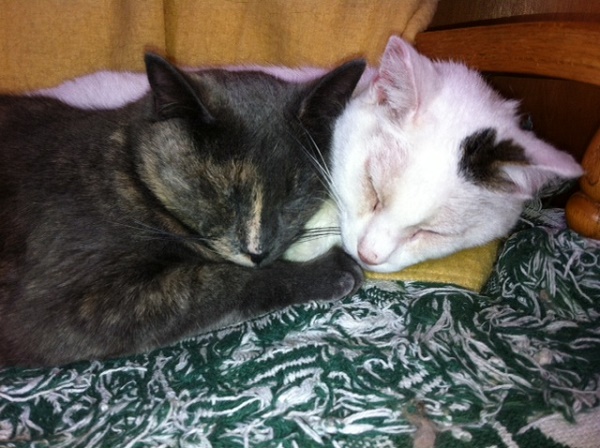 Chester has the quiet lovingness of Kieran, with a little more steel. Chester is my guard cat, and he has successfully backed a visiting (big) dog into a corner. Chester loves sitting near me when I work, and he loves quiet, gentle attention. I love this about Chester, and I make sure he doesn’t get missed when it comes to attention distribution. (I think Zorro and Norton are best at showing up in the forefront for attention.) I have always loved Chester’s ability to care for others. At one time, we had two female cats who Chester loved to care for (Kali and Karma). I’ve never seen a more devoted cat. Even when they were ill and in their last weeks, Chester groomed them and stayed with them. He also seemed to be taking care of me. Chester has the personality of a mature old soul, and lots of compassion. 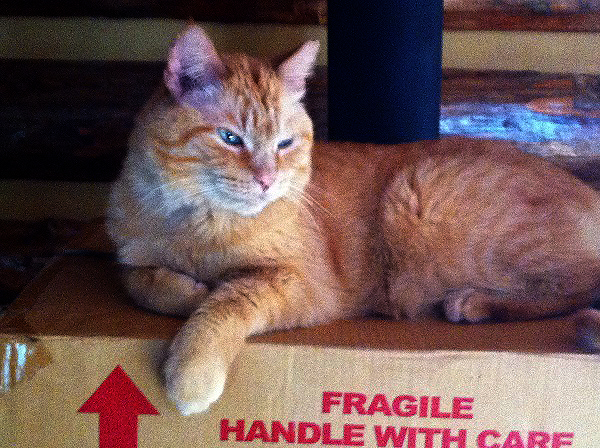 Rama is complicated! He’s many things at once — cranky sounding, loving, innocent, sensitive, passionate. He was very very serious for the longest time. He has finally learned how to play with other cats, thanks to Norton. Rama is crazy about me and it would be easy to favor him, just because he is so complicated. I wish I knew his story, too. I imagine his story has to do with trust being broken once, somehow, and slowly rebuilding trust and security, once he came into our house. 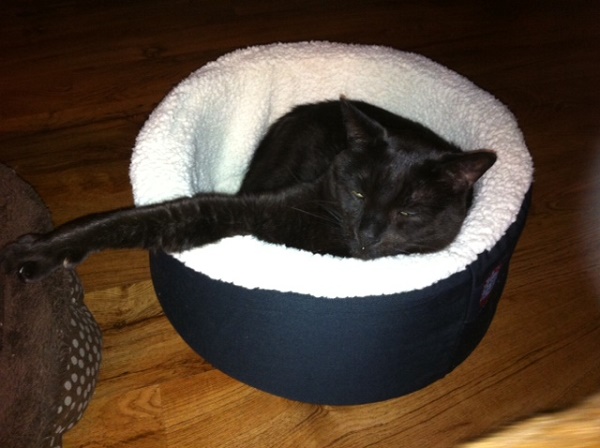 Jamie is still growing into her personality, too, but she’s extremely sweet. She has a great sense of humor with a little bit of calico/tortie wildness mixed in. She’s a lot of fun, and absolutely adorable when she gets going. To pick Jamie up is like holding something very beautiful and plushy. She’s so soft and pliable, you almost don’t ever want to put her down. If Ragdolls are “floppy cats,” Jamie is a very close second. She flops around with force when she gets excited or is having fun, and she loves to say, “Woo woo!”

How can I possibly pick a favorite? These cats are all so fascinating and there’s so much to love about each. I feel extremely fortunate.

If you have multiple cats, do you have a favorite? Have you succeeded in NOT having a favorite? Maybe it has changed over time? Tell us in the comments.