Next on The Scoop: Easter the One-Eyed Kitten Leads a Misfit Critter Farm
Confessions

4 Transformational Moments in My Life That Involved Cats

Cats have been catalysts for positive change, perhaps because they're such a big part of my life.

Transformation is always a big deal. Change is inevitable, and some change is easier than others. Perhaps because cats are such a big part of my life, cats have been a catalyst for positive change for me.

Here are some transformational moments in my life that involved cats:

1. I learned to love cats

Yes, I always loved cats, but I didn’t really connect with cats until I was in my thirties. Bad change often spurs good change. I had broken up with a boyfriend. It hadn’t been a particularly messy breakup, but suddenly the rhythm of my days was different. Single, I had more time to hang around with girlfriends. One girlfriend had two beautiful tabbies (shorthair and longhair). I was a little nervous around the shorthaired cat (who had an unpredictable tendency to bite), but I remember a moment of really starting to bond with the other boy. I held him in my lap, and stroked him. I realized for the first time how neat it might be to really get to know a cat. At that moment, I totally begin to appreciate a cat’s manner — and I still do. 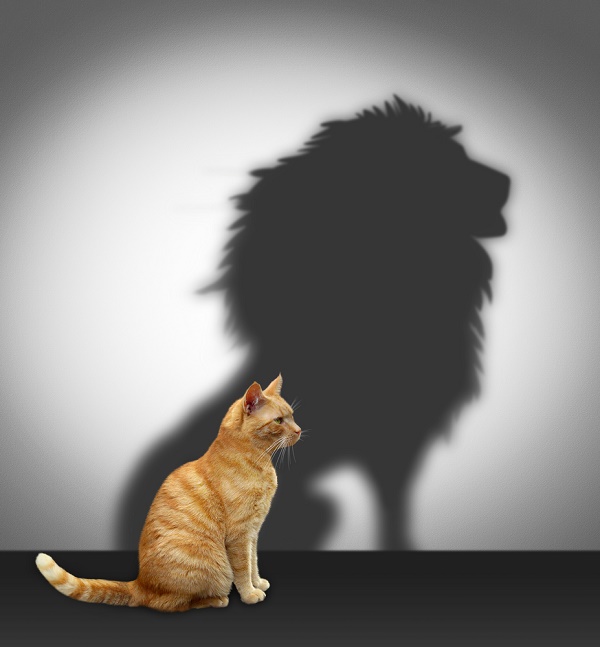 2. I adopt my first two cats

Shortly after bonding with my friend’s cats, and realizing that I really really liked cats and wanted to get to know them better, I decided to adopt. I can still remember that day at a humane society in a suburb of Minneapolis. I walked around the shelter, looking for that connection or that spark that would tell me, “Yes, this cat is for me.” The connection came when I was instantly attracted to Cleo, a shorthaired white and gray cat who wagged her paws at me through the cage slats and talked and did everything possible to sell herself. I was smitten when she hugged me around the neck with her paws.

Cleo came with another cat — Tigger — who was subdued, depressed, and sat way back in the corner of the large cage they shared. They were to be adopted together, and had been surrendered sadly by an elderly woman going into a nursing home. I adopted them both. The slower transformation, but just as powerful, was watching Tigger bloom over the next several months into a loving, beautiful, and happy member of our home. 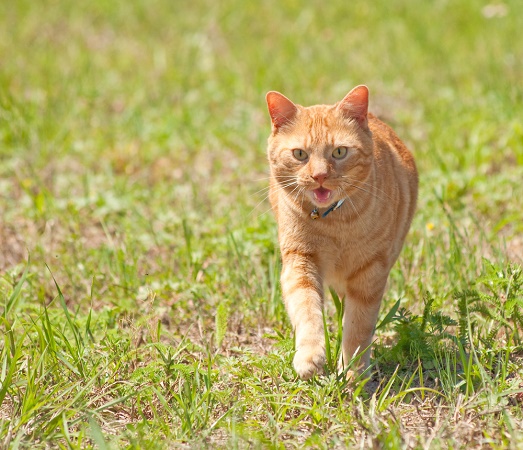 I can’t help being transformed by some cats. When I met Target, it was love at first sight. Target sold himself even harder than Cleo, and his tricks included raising a paw, tilting his head, sticking out his tongue, or doing any combination of these. Target was a 20 out of 10 on the cute scale. I will always remember sitting with Target at the Humane Society, debating whether to adopt him (I did), and looking at photos of my other cats that I was showing to a staff member. Target cocked his head and studied the photos, too. Target was a very expressive cat, and I believe he would have talked to us in our language, if he was able.

4. I learn not to be afraid

Rescuing Zorro, my Ragdoll and the first “feral” cat I’ve ever tamed, taught me a lot about fear. (I put “feral” into quotes, because once we crossed the taming point, Zorro tamed very quickly. I don’t think he was truly feral.)

Dealing with Zorro, once we trapped him, was an edgy experience for me. He went to the vet and was neutered and given shots. When I bought him home and the anesthesia wore off, he was still very very wary, untamed, stressed, and afraid. And, we had to move soon. I had to get him in a large carrier. He, at the time, was loose in my very very small office, and hiding behind the desk. I donned thick leather gloves and face gear, not having any idea what to expect once I grabbed him.

For me, it felt like the time when I made myself go off a high diving board. I didn’t want to do it, and I finally had to just make myself do it. Zorro was hissing and spitting and making the impressive and fearsome noises that a cat can make. When I finally was able to grab him, he was incredibly strong, and he shrieked and hissed and growled like you wouldn’t believe, but he did not bite and he did not claw. I think he was just as afraid as I was. I learned a lot about fear that day, and that moment was the beginning of progress in taming Zorro. 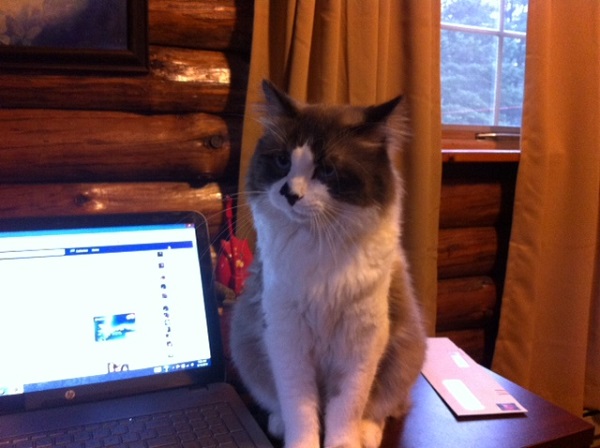 There was also a very special moment when Zorro appeared to be enjoying my touch for the first time. He leaned in and held his head in my gloved hand, even though he was still growling. This occurred a few weeks after the capture in my office. I knew them that everything would be okay. Eventually he stopped growling; eventually I was able to take the gloves off, handle him, and gain his trust.

What are those transformational moments that your cats have brought on? What do you remember? Tell us in the comments!