Next on The Scoop: Ask a Vet: Are Human Pain Creams Dangerous to Cats?
Catster Holidays

4 Ways My Cats Contribute to the International Day of Happiness

Barf on my favorite blanket? Incessant meowing? Yeah, those are ways they make me smile.

My cats make me happy for many obvious reasons: They purr like tiny, vibrating wizards; they are soft, warm, and cute; and they have a lot of whiskers on their faces, many of which seem to serve no practical purpose. But today (March 20), on the International Day of Happiness, I’ve decided to consider the many unexpected ways my cats have made me smile.

Even if I don’t always see it at the time (because I’m too busy scrubbing vomit out of the rug or mourning the loss of my favorite houseplant), my cats almost always have my best interests at heart — and even the rotten things they do somehow make my life better. Here are a few examples.

1. That time they puked on my favorite blanket 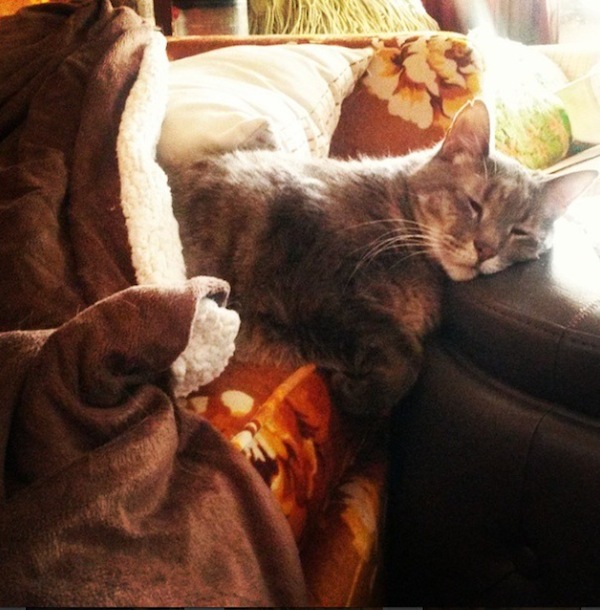 Here’s Bubba Lee Kinsey sleeping under my favorite blanket just hours before he puked all over it.

The other day I woke up and found two giant globs of vomit plopped on top of my favorite blanket like wads of spoiled peanut butter. My boyfriend and I don’t drink anymore, so there was only one probable culprit: the darn cats. This blanket has been saving my life all winter, so I should’ve gotten mad — especially since I hadn’t drank any coffee yet. I should’ve thrown a foot-stomping, arm-waving fit that would’ve sent my feline friends scurrying for cover behind the couch.

Instead I calmly wiped up the barf and placed the blanket in the laundry. The fact that I was able to recognize the little mess was no big deal before I’d even gotten angry probably means my cats are capable of mind control. Their mere presence helps me overlook ultimately unimportant details in favor of the glorious bigger picture, in which I get to share my life with two totally amazing tiny tigers every day. 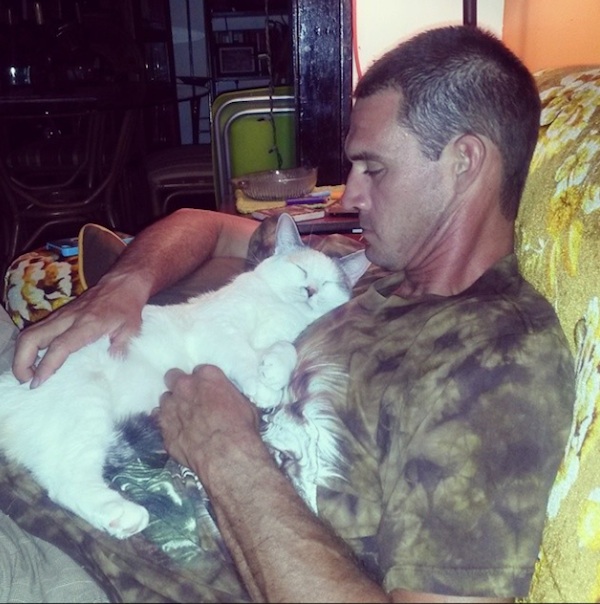 This is my current super-awesome boyfriend snuggling with my cat, Phoenix.

I’m not sure what, specifically, my cats didn’t like about my ex-boyfriend. Perhaps they noticed that he tensed up every time they came near him (to be fair, he was allergic). In any case, my ex-boyfriend’s obvious discomfort around and distaste for my cats almost certainly hastened the demise of our doomed-from-the-start relationship.

This got me on the path toward meeting my current super-awesome, somewhat reluctantly cat-loving boyfriend, who regularly calls Bubba Lee Kinsey a perfect little gray kitty and quiets Phoenix’s anxiety by holding her and saying, “Shh, be still and know that I am God.” (Don’t tell him I told you any of this.)

3. That time we got stuck on the porch together 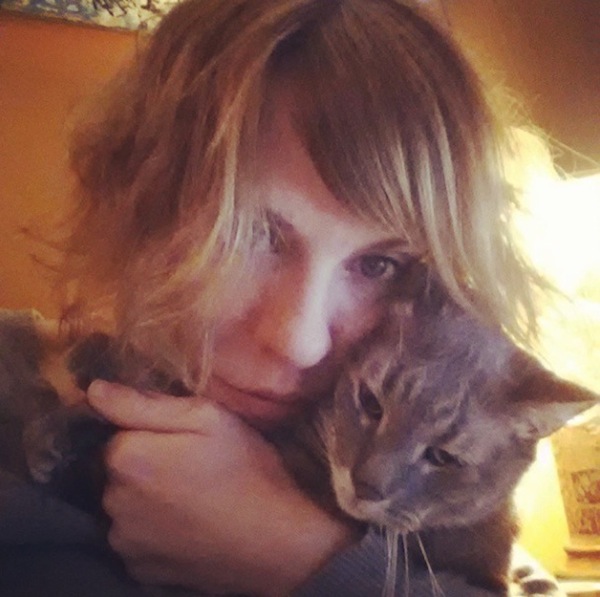 Bubba Lee Kinsey and I have been through a lot together.

Caption: Bubba Lee Kinsey and I have been through a lot together.

When he was younger, my now 14-year-old gray tabby, Bubba Lee Kinsey, used to be somewhat of an escape artist. I’d arrive home to find the front door open and my cat lounging on the neighbor’s front porch or cowering under a nearby car. Today, when I think about how close I came to losing him, I feel compelled to hug him for several minutes, an expression of love my senior kitty merely tolerates.

Normally I’d snatch Bubba up from wherever he had wandered and carry him home — but one time, I forgot to grab the keys, and the front door locked behind me — and of course my phone was inside. Bubba Lee Kinsey and I ended up waiting together on the front porch for several hours until my roommate got home from work. By the end, he was freaking out, howling, and trying to attack me; I could barely hold him anymore by the scruff of his neck.

The moment we got back inside, his calm, curious demeanor returned. Bubba and I had just survived an ordeal together. It might sound silly, but I think it made our relationship stronger.

4. That time they wouldn’t shut up 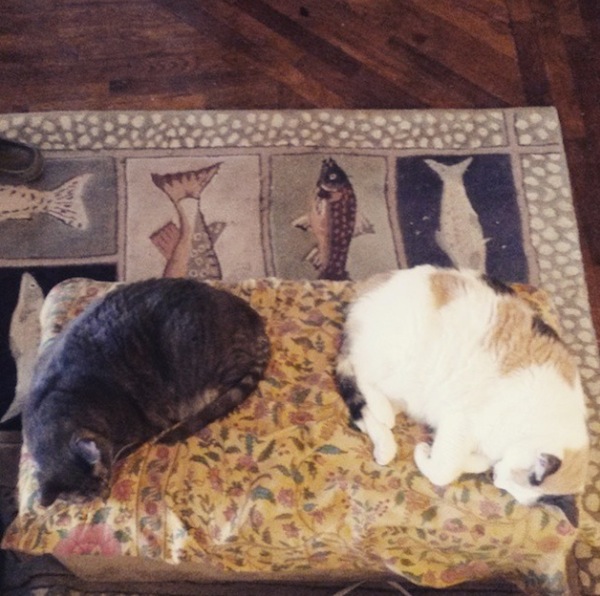 It’s worth getting up at 5 a.m. to witness symmetrical nap time.

No one likes to be unceremoniously roused from sleep at 5 a.m. on a Saturday, but these days, when Bubba Lee Kinsey and Phoenix start meowing at our bedroom door, I take it in stride. I get up, give them some treats, and prepare for snuggles on the couch. I remember that they are meowing because they love me. Yes, that’s right — I’ve won the affection of another species who does not speak English, poops in a box, and expresses contentment by sitting on my lap and purring. If that’s not a reason to smile, what is?

How do your cats make you smile? Tell us in the comments!