Next on The Scoop: Peanut Cat 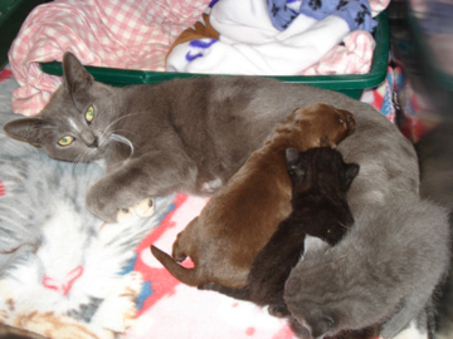 In Harrisburg, PA, Jelly Bean, a grey mother cat at the Humane Society of Harrisburg, is raising a chocolate Labrador puppy as her own.

Baby Bear, the lab pup, ended up at the Humane Society after being abandoned by his mother at three days old. Workers at the shelter kept him warm with a heating pad and bottle-fed him. Then Jelly Bean stepped up and offered to let Baby Bear nurse with her two kittens who were about the same size. The kittens now treat him like a brother.

When Baby Bear reaches the age of 8 weeks, he’ll be eligible for adoption.