Next on The Scoop: Make These Cool Cat Collages While You’re Stuck at Home
Catster Tips 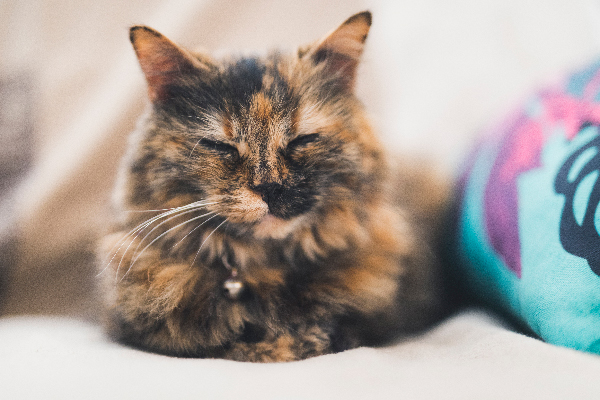 Are most tortoiseshell cats truly female? And where did the name tortoiseshell come from in the first place? Is ‘tortitude’ a real thing for tortie cats?

Tortoiseshell does not refer to a cat breed. Photography ©Justin Davis | iStock / Getty Images Plus.

1. Tortoiseshell cats are not a breed of cat.

Tortoiseshell was a highly prized material used in manufacturing everything from jewelry to furniture until 1973. CITES (Convention on International Trade in Endangered Species) banned the use of real tortoiseshell worldwide at that time since turtle and tortoise populations were being decimated. Synthetic tortoiseshell is still popular. “What does that have to do with cats?” … you may be wondering. Well, the color combination is rarer than most coat cat colorings.

2. Tortoiseshell cats are predominantly female; it’s in the genes.

The chromosome linked to coloring in cats is the X chromosome. Females have two X chromosomes, carrying the orange and black codes. Males have a tiny percent chance of displaying orange coat color. And to further confound things, female cat heterozygous display a combination of orange and black, aka tortoiseshell.

3. Piebald is not a reference to a hairless dessert.

While tortoiseshell cats are two colors, if white is present, the cat is now considered piebald. But you probably know them as “calico cats.” Although, outside the United States, this term is not popular. 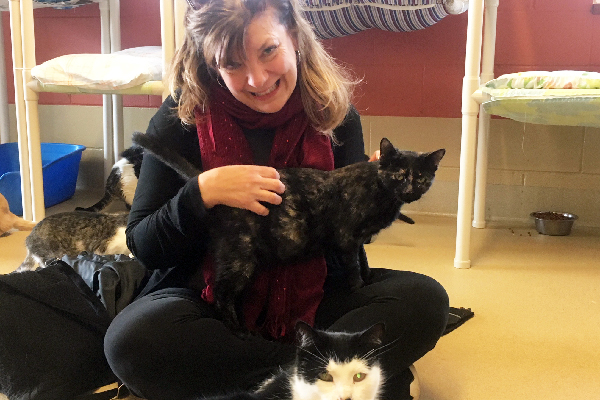 4. What about tortoiseshell cats and the much ballyhooed “tortitude?”

In an article on tortoiseshell cat personality, Maeve Conner gleans some insights from cat behavior expert and star of Animal Planet’s My Cat From Hell, Jackson Galaxy. “Galaxy says he has not found tortoiseshell cats to be feistier than average, but he does believe they tend to be ‘more sensitive to the stimulus around them.’”

I’ve seen some real chutzpah from tortoiseshell cats. At my local shelter, North Fork Animal Welfare League, the cats live in cage-free enclosures, with a large population of all kinds of felines. Volunteer Diane Iannoccone spends almost every free moment at the shelter socializing cats. Many of the cats are scared when they first enter the facility. One cat named Sephora caught Diane’s eye. Sephora is a young tortoiseshell cat who was shy at first. Diane went out of her way to help the kitty come out of her, um, shell!

After two weeks, Sephora wasn’t only feeling more acclimated, but made sure she was the queen of the hill. She beat out dozens of other cats to proudly perch on Diane’s lap. And, happily, Sephora got adopted into a loving home shortly thereafter. It could have been her “Meow First” personality that won her that coveted spot. While this could help prove that tortitude is true — is there any science behind it?

5. The tortitude heard around the world!

In 2016, articles touting tortitude spread faster than unchecked fleas in a cattery. Reputable publications such as the Sacramento Bee and the Seattle Times were sharing the results of a study released by University of California, Davis. The study, from a behavior expert at the highly respected UC Davis Veterinary Medical Teaching Hospital, was originally published in the Journal of Applied Animal Welfare Science. While the headlines were purporting “tortitude,” the reality is, “Researchers found no significant variations in aggression level associated with coat color at vets’ offices, despite common attitudes among veterinarians, technicians and shelter workers that some coat colors reflect cats with more peppery personalities.”

Tortoiseshell coat coloring can mix it up in stunning ways when combined with tabby patterns. Yep, these types of tortoiseshell cats are called torbies. 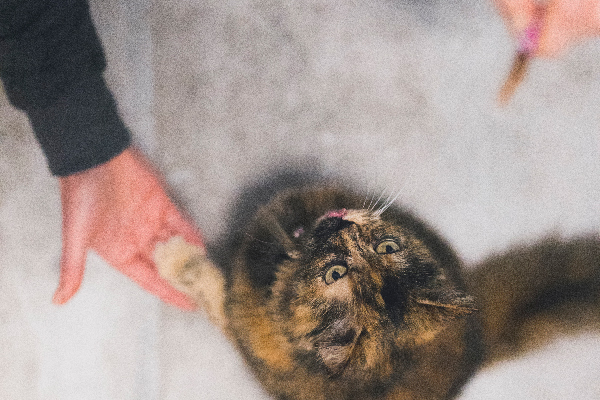 Cat expert and publisher of The Conscious Cat, Ingrid King, finds tortoiseshell cats so fascinating that she wrote a whole book about them. Tortitude: The BIG Book of Cats with a BIG Attitude features interesting tidbits. Ancient Celts believed it was good luck if a male tortoiseshell cat stayed in their home (with about 1 in 3,000 tortoiseshell cats being male, that’s some luck!). Japanese fishermen believed the males protected their ships from ghosts (again with the males!). It’s said that tortoiseshell cats bring money, have psychic abilities and see into the future. And if you dream about one, you’ll soon be in love (most likely with a tortie!).

Read Next: The Fascinating Facts Behind Cat Colors