Next on The Scoop: Feline AIDS Isn’t a Death Sentence: How Adopting a FIV+ Kitty Brought Me Happiness
Accessories

These celestial kitty designs by Zippora Lux are truly out of this world.

Designer Boya Latumahina, aka Zippora Lux, is the artist behind a dreamy series of otherworldly images dedicated to a few of her favorite things, which happen to include Hubble telescope photographs of celestial bodies (thanks be to the NASA Image of the Day Gallery) and cats. 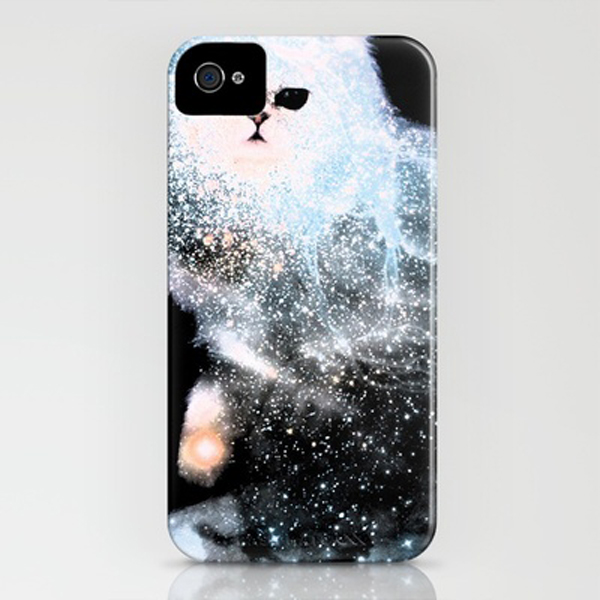 Latumahina’s muses are heavenly creatures such as the Persian and British Shorthair, who, once they receive their astronomical makeovers, purrfectly capture the true essence of the feline spirit. 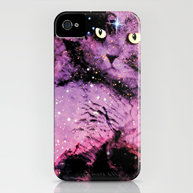 The dazzling designs are available as eye-catching iPhone covers and skins that will turn even the most menial conversation into a catty affair. However, smartphone-free admirers should fret not, as The British Shorthair & The Pelican Nebula and The Persian & The Massive Stars of 30 Doradus are also available on prints, stationery, T-shirts, and more from Society6 and Threadless.