Next on The Scoop: How I Got My Cat Moki on Animal Planet

Ilona Sampovaara of Ilona Art creates kitties that can be described as cute, kooky, or even a little bit spooky. As the daughter of a diplomat, the Finnish-born artist moved around a lot as a child and created magical creatures to accompany her on her travels.

The animals slowly turned into what she calls “the forest people,” which she says are inhabitants of a surreal dream world. 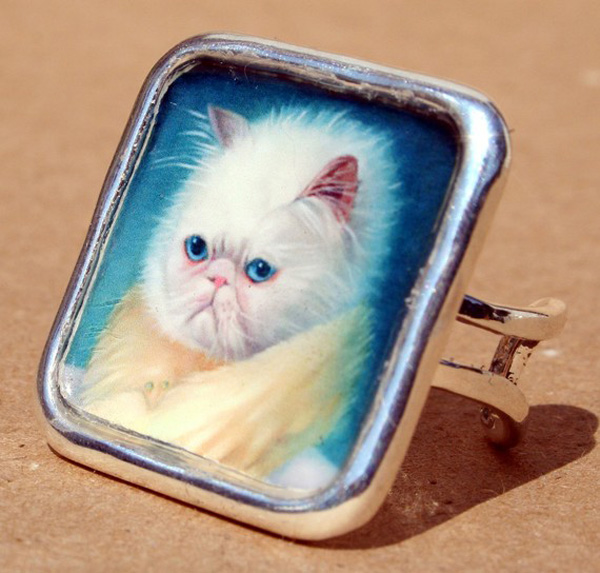 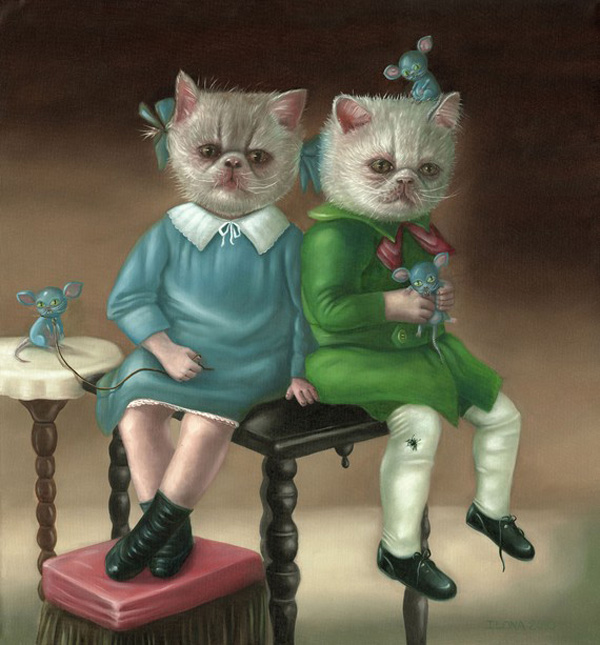 Sampovaara paints in oil on canvas, which she turns into limited-edition prints and art cards. Her cats possess feline faces, with human bodies and hands instead of paws. Her style and muted use of color are reminiscent of the Surrealists of the 20th century as well as contemporary artists such as Mark Ryden, who is known for combining pop culture themes with classic painting techniques. 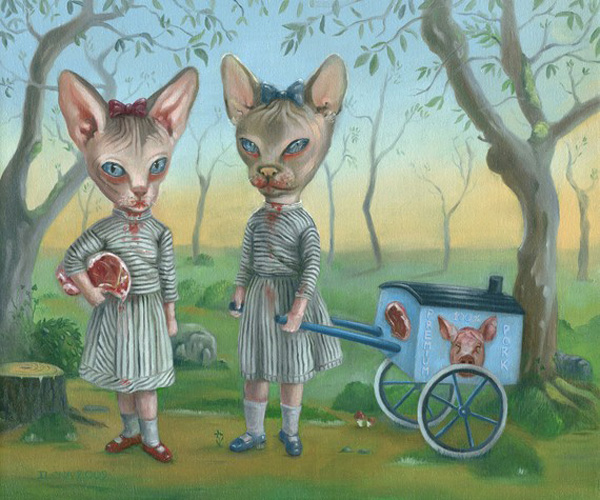 There are several sets of creepy twins in Sampovaara’s repertoire, including one of a bloodied pair of Sphynxes simply called The Carnivore. Then there’s the ominously titled The Bug Girl, which depicts a plump ginger kitty who has the peculiar hobby of collecting oversized insects. 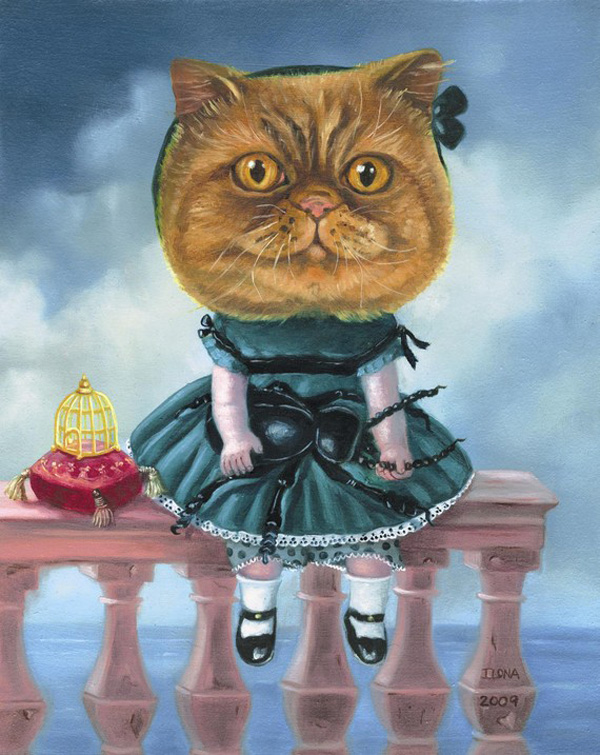 Sampovaara’s work is also available as wearable art, in the form of rings bearing the faces of her flat-faced muses. Original characters such as Jimmy Spinners and Naughty Girl have their own backstories. 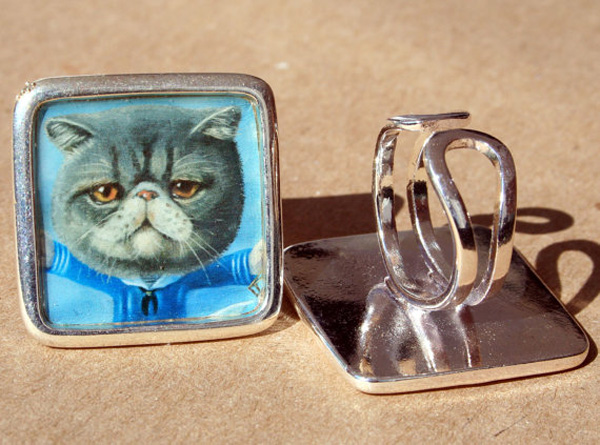 To learn about Sampovaara and browse the rest of her collection, visit the Illona Art Etsy shop and her website.